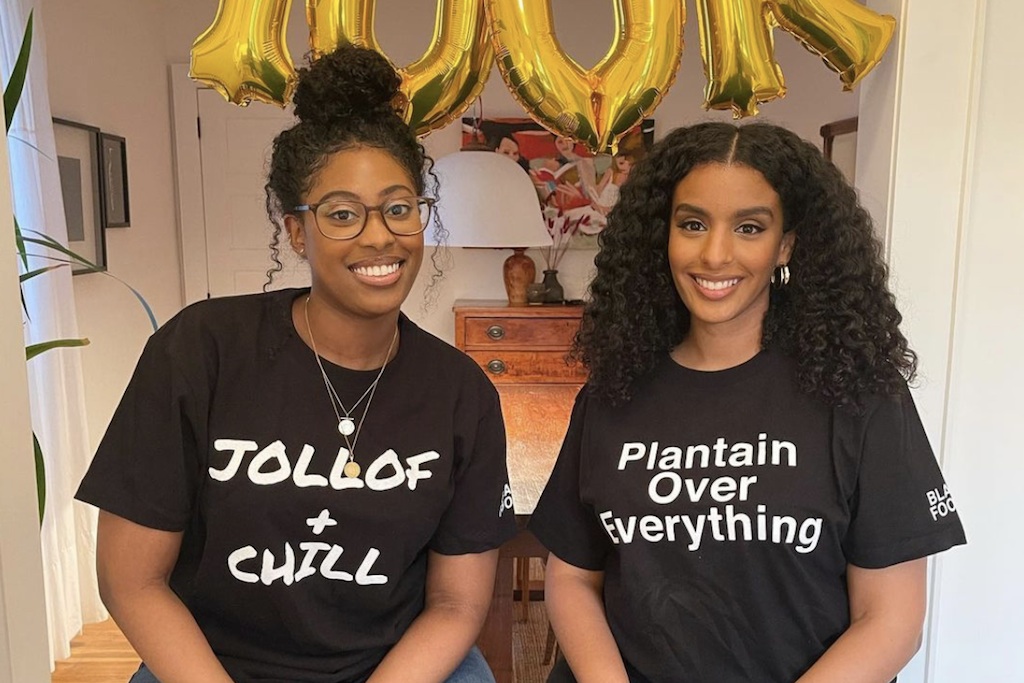 With a community of more than 200,000 people and counting, online food and culture platform Black Foodie is quickly becoming the go-to hub for recipes, restaurants and lifestyle through a Black lens. Having grown up around her parents’ Ethiopian restaurant, the company’s founder Eden Hagos says she first launched the platform in 2015 after an experience of racism at a Toronto restaurant spurred her to serve as an advocate for Black food and culture.

“I grew up watching my parents create a space for people to come and connect with Ethiopian food,” she says. “Later on, as an adult, I had an experience of racism eating out for my birthday and that really shifted my perspective and made me want to support Black restaurants in the community. That was the spark that started this whole thing.”

With the aim of celebrating Black food culture and expanding people’s knowledge of food from across the African diaspora, Hagos says Black Foodie has served to educate, enlighten and foster meaningful connections for its audience, all while keeping the content light and entertaining.

“When we post a Jamaican recipe, for example, some of our West African followers will see a connection and similarities,” she says. “Our food ties us back to our culture and often, the motherland. You get to see the connections between us but also how fun and easy it is to incorporate new ingredients and try new cuisines.”

In addition to churning out regular food, lifestyle and culture content, Black Foodie also works on special projects and collaborations in partnership with other brands. They recently partnered with the City of Toronto on Black Foodie Week last fall as a means of supporting Black-owned businesses and exposing people to new dishes they may not otherwise have tried.

“Black Foodie Week was a great way to bring everyone together and give folks who might be completely unfamiliar with different African foods a taste and tips on where to go to find these dishes,” Hagos says.

“We hope the work we do through the Guinness food battle and our website gets people excited about what’s possible and inspires them to explore new cultures,” says chief operating officer Elle Asiedu. “Being able to taste somebody else’s perspective is one of those experiences that will stick with you for a really long time.”

Hagos says the competition served as a great way to showcase the talent of the four chefs, Suzanne Barr, Monique Creary, Adrian Forteand and Noel Cunningham, and get people excited about Black food culture.

“We’re highlighting Black talent and we’re making it really fun for home cooks who have been testing out their skills during quarantine to show what they’ve got and for the audience to go ahead and participate as judges,” Hagos says.

Hagos says through Black Foodie, she hopes to remind people of the many different facets of Black food culture and share the stories that help to bring new perspectives to light.

“Blackness is not a monolith,” she says. “If we think about it through the frame of what happened last summer, we noticed that Black Foodie was a great avenue for people to learn more about Black food and culture in general so it’s a really powerful way to learn about each other.”

Asiedu says part of their mission as a brand and platform is to encourage people to explore other cultures through food and learn more about the vast range of tastes that come from all over Africa.

“Food is so accessible so it’s a doorway to understanding other cultures,” she says. “Since we’re all stuck at home for now, food is a great way to travel without a passport.”

The Black Foodie team is now gearing up for National Soul Food Month in June. They’re also excited to welcome new chefs to step up to the plate for future cooking battles this spring, while continuing to build their community through new and regular content.