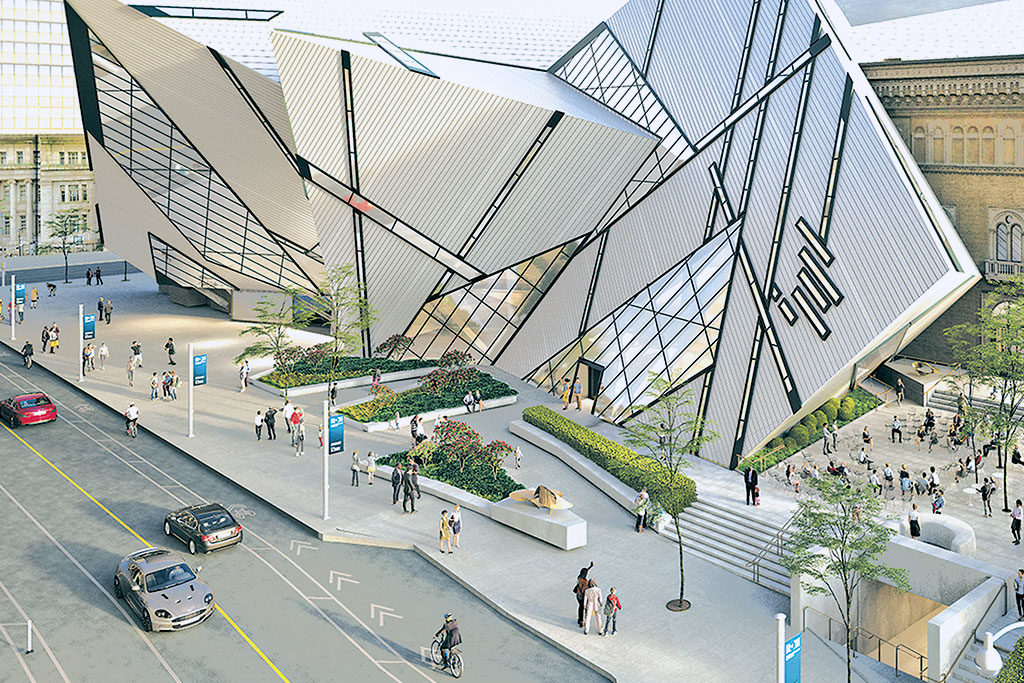 Flanked by Bloor Street’s endless array of shops and dining to the west and office towers to the east, the Royal Ontario Museum (ROM) is a hub of activity and, oftentimes, construction. So when the museum unveiled plans to create an outdoor performance venue, it was music to the ears of many who frequent the area.

In April, the ROM announced a redevelopment of its Bloor entrance, complete with a new green space. The 5,500-square-foot project will consist of gardens, outdoor seating and an open-air stage for live music and theatre performances. It’s slated for completion in early 2019.

In the face of rapid development and densification, green space remains a coveted aspect of life in the city, said Josh Basseches, the ROM’s director and CEO.

“We need to recognize the potential in forgotten spaces.”

“Toronto is a wonderful city and it’s becoming increasingly dense. I’ve been talking to people about the need to have these wonderful green spaces: places where people really feel welcome and not just a pretty place that you’re supposed to look at,” Basseches said. “This is an opportunity to make our space more welcoming and create opportunities to gather, to socialize, to enjoy a wonderful civic space in the heart of Toronto.”

With new development surging forward and real estate prices skyrocketing, designating green space in the heart of the city remains a problem.

“In downtown Toronto, we’re deficient in green spaces,” agreed councillor Joe Cressy, whose ward encompasses the ROM. “Our work needs to be in building a livable downtown, versus a vertical downtown. It has to be more than rooms where people sleep.”

It remains a delicate balance to strike, partially because combatting the core’s rapid development requires both money and land.

“We’d love to see more green space — the main challenge is economic,” said Briar de Lange, executive director of the Bloor-Yorkville Business Improvement Area (BIA). “Both the price of the land and its availability are challenging.”

Both Cressy and the Bloor-Yorkville BIA support the ROM’s plan, with a desire to do even more.

“We need to recognize the potential in forgotten spaces,” said Cressy. “Whether that means greening laneways, beautifying unused spaces or creating public squares … [for] a more livable downtown.”