A new Queen West bakery opens in time for the holidays | TRNTO.com
Skip to content 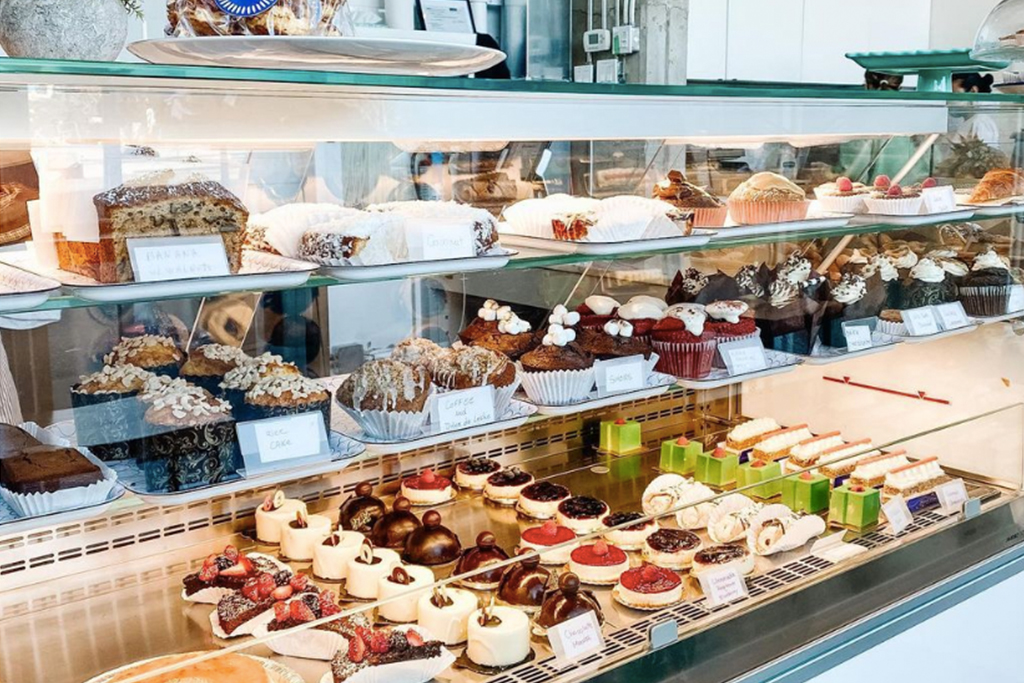 Deeply drenched in Portuguese traditions, Bom Dia, which translates to ‘good morning,’  is the newest addition to the Queen Street West coffee scene.

The interior offers an homage to Portugal with its traditional delicacies and imported tiles, plates and marble.

Almost everything is made on site and around the hour! So their offerings, though finite, are always fresh, with the spread varying day to day.

The traditional pastel de nata is creamy and flaky and can be topped with powdered sugar and cinnamon, just like they’re served in Lisbon. Or better yet, the bola de Berlin or Berlin ball, is a light and fluffy fried dough that is filled with the traditional sweet creamy custard or you can opt for Nutella instead.

The cherry on top though, is their Kings’ Cake or the Bolo-Rei. It’s a traditional cake that is usually eaten around Christmas until Jan. 6, which is Dia de Reis or Kings’ Day.

The Bolo-Rei has since been a staple holiday dessert in all Portuguese homes. Baked from soft white dough and infused with various crystallized and dry fruits, the cake resembles a crown in absolute justification to its name. This special treat is only available on weekends.

The café also has its own century-old signature coffee blend, which has a dried-fruit note. “It’s the candied-orange aftertaste that truly makes this coffee interesting,” the team explains in a social media post.

Bom Dia Bakery is currently open every day from 7 a.m. to 7 p.m. and has a limit of maximum two people in the store at a time. Masks, of course, are mandatory.