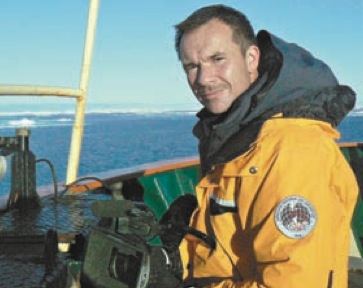 NOT LONG AFTER the tsunami hit Thailand on Boxing Day 2004, CBC correspondent Sasa Petricic received word that certain Christian missionary groups were offering aid money to tsunami victims if they would abandon their Buddhist faith and become Christian. Petricic packed his bag and headed for the disaster zone.

“It told people things they didn’t know, added a layer, a dimension of understanding, and [informed Canadians on] what had happened with aid money,” says Petricic.

His efforts were rewarded with a 2008 Gemini Award nomination. The nod was only the latest in a string of professional achievements. In 2005, he won the Canadian Radio and Television News Directors’ Association Award for his profile of Canadian doctor James Orbinski and the anniversary of the genocide in Rwanda.

Hailing from Toronto, The National’s star correspondent says that he is proud to have roots at North Toronto collegiate. Petricic began his journalism career as an editor and photographer for the high school newspaper.

He gives credit for much of his success to his passionate teachers. He recognizes his history teacher, Mr. Bialystock, as a great mentor and as an exceptional individual. “One year he organized a trip we took to the Soviet Union,” he recalls. “He opened my eyes to places and other cultures.”

Shortly after graduating from university, Petricic was hired at the CBC as a reporter, and today, 23 years later, he remains there.

“My role has been as a video journalist. That means, when I go out and do stories, normally I do all my own reporting; most of my own research, camera work; and edit them when they are done,” he says.

This past summer Petricic was teaching in Rwanda. It was the first group of formally trained televison journalists there, he says. Today, Petricic stays busy as he continues to travel and report for the CBC.

His advice to up-and-coming journalists? “Be comfortable not only with content but also with the ways of communicating,” he says.