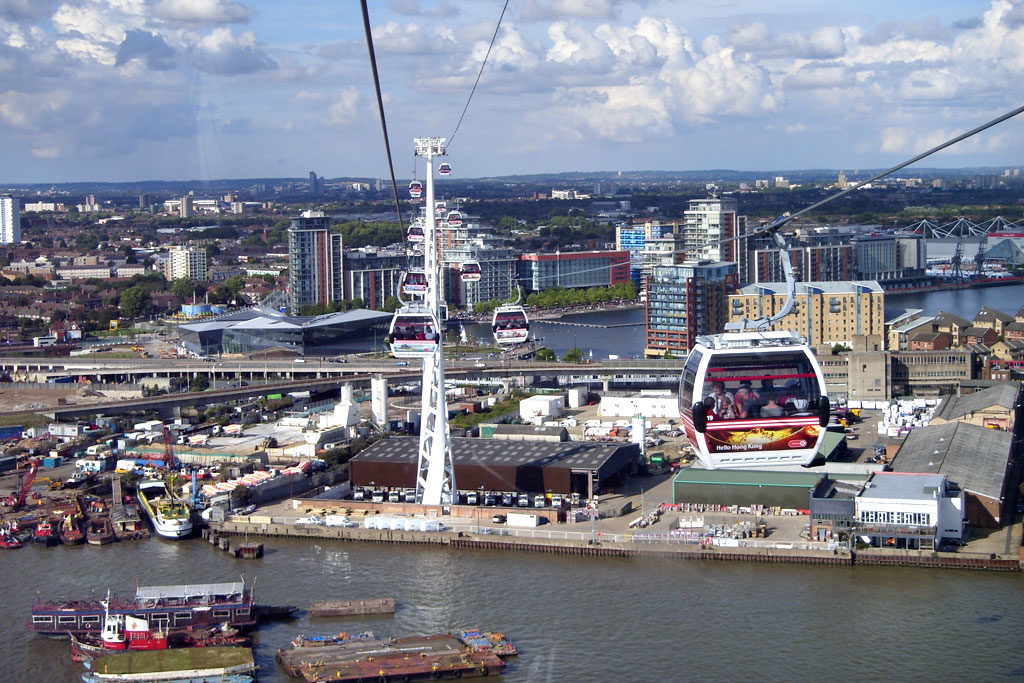 Envision yourself gliding high above the lush foliage of the Don Valley, travelling from the Danforth to Evergreen Brick Works — no shuttle bus, no bikes, no traffic and absolutely no parking hassle. When the Don Valley Cable Car project was originally made public, some civic eyebrows were raised, but after the project team collected feedback from the community, the project is moving on to the next stage.

In an effort to bring more visitors to the community and cultural centre and add their own unique mark on the Toronto skyline, Evergreen and cable car manufacturing company Bullwheel began consulting to develop a cable car to deliver passengers from Cambridge Avenue and Danforth Avenue across the Don River into Evergreen Brick Works.

“At the time they had reached out to us, they were aware of our work,” said Steven Dale, president and CEO of Bullwheel. “They mentioned that they had a transportation problem, and we specialize in cable cars as urban planners, so we started unpacking the research and found it was a pretty interesting and viable project.”

After a year of collecting community feedback through a series of sessions with local residents, the team is starting to finalize proposals.

The plan is to build a kilometre-long cable car network with gondola cabins that will accommodate 10 people. The projected cost of this development is $25 million.

“It’s a really interesting process that brings together the public sector, private sector and NGO sector in a way to reinvigorate public space that I think is really unique in the Western world, and I think it is a really positive thing for everyone involved,” said Dale.

“Innovative ideas like this that represent alternative transportation solutions are ideas we’d like to explore,” said Heynen. “Clearly we’re an organization devoted to the natural environment and the preservation of it, so making sure that any addition to the site that continues to reinforce the authenticity of that experience is something that is within our interests.”

Dale was quick to point out that Toronto has a history of cable cars. The city built the Prince Edward Viaduct with a network of cable cars in 1914.

After the bureaucratic processes are done, the team hopes to begin construction before 2020.