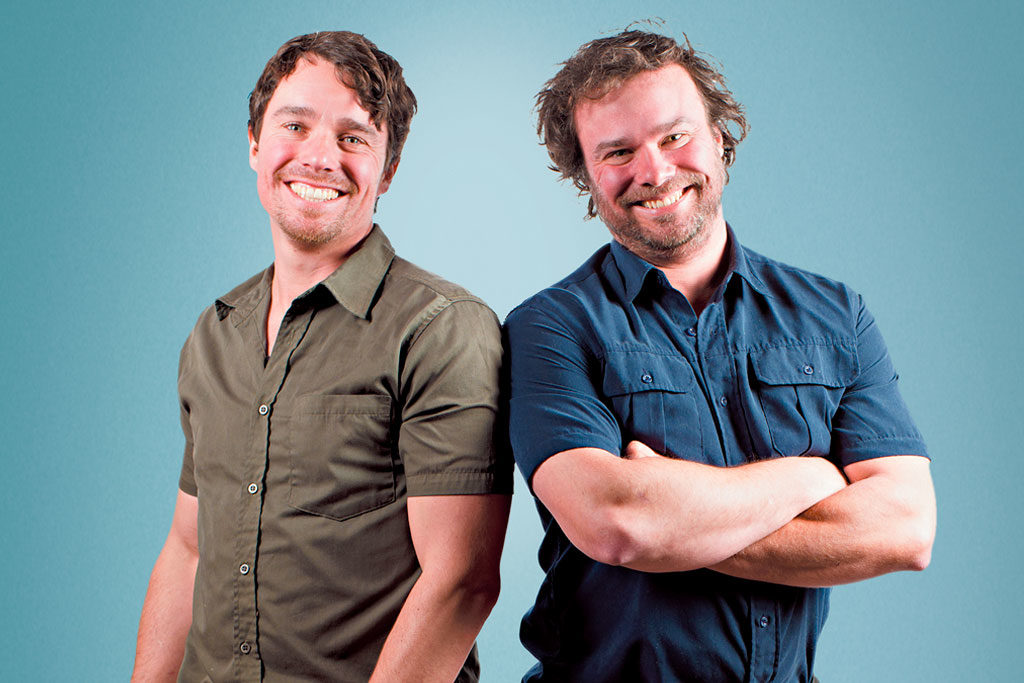 As Torontonians make their mass exodus to the lake this spring, we’ve got a list of do-it-yourself projects that anyone can take on as they open their cottage.

We’re in the midst of transforming a 7,000-square-foot, century-old lodge into a clubhouse with an indoor tree house for the kids, an indoor food truck and a golf den complete with simulator screen — but before you go big for projects like those, start simple with some of our old favourites.

No lakefront cottage is complete without a motorized swim platform. Don’t let the size of the project scare you. We tackled this as one of our first and most useful “brojects.”

We created ours as a platform with a pergola (an arbour formed of horizontal trelliswork supported on columns or posts) with a hammock strung diagonally between two of the posts. We added an electric trolling motor to the platform and often convert ours into a golf course. But to keep it simple, you can just build the platform with a motor and that will do the trick.

We’ve loaded our platform with extras like built-in seating with storage boxes underneath for towels and gear.

We also have an integrated anchor box built into the floor, a trap door cooler for beverages and food, a barbecue and work surface mounted on the side, a solar panel for recharging batteries, and fishing rod holders.

Another easy build that no cottage or getaway is ever complete without is a tiki bar. We kept it simple by making ours as just a bar table with a roof over top. However, it’s the palm frond enclosure that we put on the roof of the bar that gives you the feeling of being in the tropics.

We repurposed a metal futon frame and purchased tiki grass and then zip-tied it to the futon frame to create the palm frond enclosure. The rest of the bar was made from dimensional cedar.

In the bar table itself, we inset an ice trough to keep our drinks cold, and we accessorized with homemade tiki torches to keep the festive vibe.

For the tiki torches, we filled mason jars with camp fuel and wicks and made holders using threaded rod and painted tuna cans. We inserted the holders into metal pipe receivers to stick in the ground.

For finishing touches, grab some pineapple mugs and don’t forget the blender!

Our third and final DIY project to get you into the cottage spirit this season is an archery target. If you live in the city, you likely don’t get the chance to shoot a bow and arrow very often.

But if space at the cottage allows, an archery target and a bow is a quick project that is guaranteed to pay dividends in the fun department.

We made a PVC (plastic) bow using fibreglass driveway markers shoved in some three-quarter-inch schedule 40 PVC. We also made floating, tipless arrows, so that we could shoot them at aquatic targets.

The next target we make will be using plastic shopping bags. We are going to squish as many of the bags as we can into an oversized burlap sack and use that as the target. This target is supposed to be gentle on your arrows.

These may not be the simple DIY projects you had in mind for when you head up to the cottage this month, but trust us, they are easier than you think.

Catch Kevin and Andrew Buckles in the second season of Brojects: In The House, airing Tuesday nights at 10 p.m. on Cottage Life.