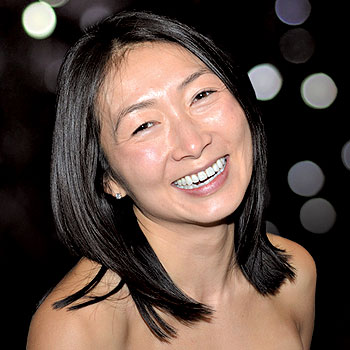 It takes more than bricks and mortar to build a community, but for Judy Mellett and her all-female team of Habitat for Humanity volunteers, it’s a pretty good place to start.

For five years now, the 41-year-old resident of the Yonge and Lawrence area has been donning her hard hat, wielding hammer and nail, chewing grit and sawdust and nursing the bumps and bruises of a physical day’s work, all in the name of a good cause.

“I was looking for ways to contribute. It’s a wonderful way to get involved locally and have a tangible impact on your community,” she said. “Habitat for Humanity was an organization whose goals really resonated with me and the work is physically and spiritually so rewarding.”

Habitat for Humanity helps low-income families secure affordable housing, and teams of volunteers, led by supporting construction industry professionals, build those homes each year. Mellett will dig into her fifth construction project later this September, and in early October, as part of the organization’s Women Build 2014 campaign along with her Telus Women Build team. Habitat GTA will build 12 homes this fall, adding to the current total of 270. To date Mellett and her crew have combined to fundraise more than $120,000 for the projects and have seen many families getting affordable housing by physically taking part in the construction process.

“I have been able to meet many of the families and the children who move into the homes, and their faces just light up,” she said, adding she had no previous construction experience and gave kudos to the professional crew leaders who taught her what she needed to know. “Affordable housing can mean so much for a family, and it allows them to become fully contributing members of their community, so it’s like a cyclical impact. It’s a way for us to literally build a great city.”

GTA Habitat director of annual giving Kristin Philpot praised the efforts of Mellett and the Telus team that has already raised enough to fully fund one home in just five short years.

“Whether she’s swinging a hammer, soliciting donations or spreading the word, Judy is a champion of the cause and a friend to the community,” Philpot said.