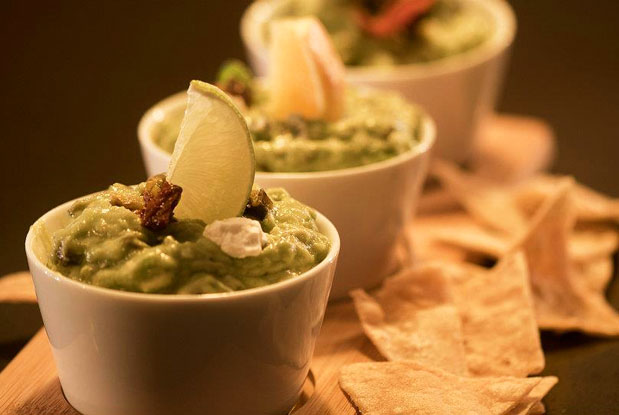 If you miss the zoot suit-wearing bad boys of the Mexican-American pachuco subculture, you’ll be pleasantly surprised to find a fitting and delicious tribute on the Danforth, just east of Broadview. Bringing a bundle of new flavours to the city, sisters Eren, Jais and Mali Fernandez have teamed up to open Pachuco, a traditional Mexican restaurant with a contemporary spin.

The menu is filled with traditional offerings that still bring something unique to the city’s Mexican cuisine. The signature dish is taquitos de huitlacoche ($15), featuring a fungus (also known as “corn smut”) that grows on maize. It’s a popular dish in places like Mexico City, but remains a bit under the radar outside of that country. Here, the fungus is sautéed with onions and hot peppers, then served with avocado salsa, beans and corn tortillas.

The less adventurous face a tough choice between five flavours of guacamole, including blue cheese, blue cheese and walnut, goat cheese, guacamole with house-smoked trout and plain guacamole (for the traditionalists). That makes the guacamole sampler ($17) a perfect solution. The taquitos estilo Baja (fish tacos, $15) are made with breaded and fried sea bass, Mexican coleslaw, chipotle honey salsa and green tomatillo salsa.

Most of the food is locally sourced — meat comes from The Friendly Butcher — but some products are imported from Mexico to keep the cuisine authentic. Executive Chef Mali Fernandez has plenty of experience, having owned a catering company in Mexico. She currently runs the kitchens at both Pachuco and the sisters’ Embrujo Flamenco next door.

With Mexican restaurants, the tequila and cerveza are just as important as the food. Pachuco serves 10 Mexican tequilas, including Milagro and Clase Azul ($9 and up), and cervezas such as Dos Equis ($6.72) and Negra Modelo. A margarita sampler ($15) lets you taste the spicy mango, strawberry and mint flavors, to name a few. 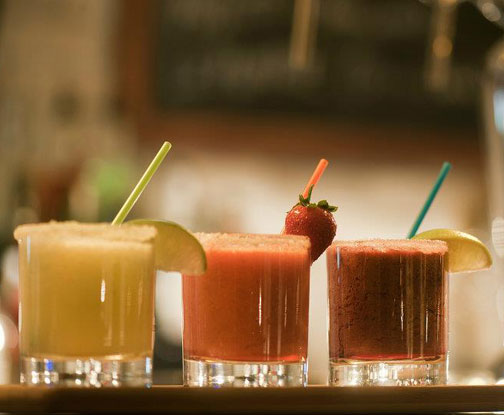 Space is limited with just 32 seats, adding to the casual, intimate atmosphere. The décor, designed by the sisters, is rustic and simple. Pieces are sourced both locally (the spider light comes from Queen West) and internationally. Old images depicting pachuco culture dot the walls.

“People don’t know about the urban Mexican culture, so we want to bring that to Toronto,” Eren says.

By the look and taste of Pachuco, they certainly have.