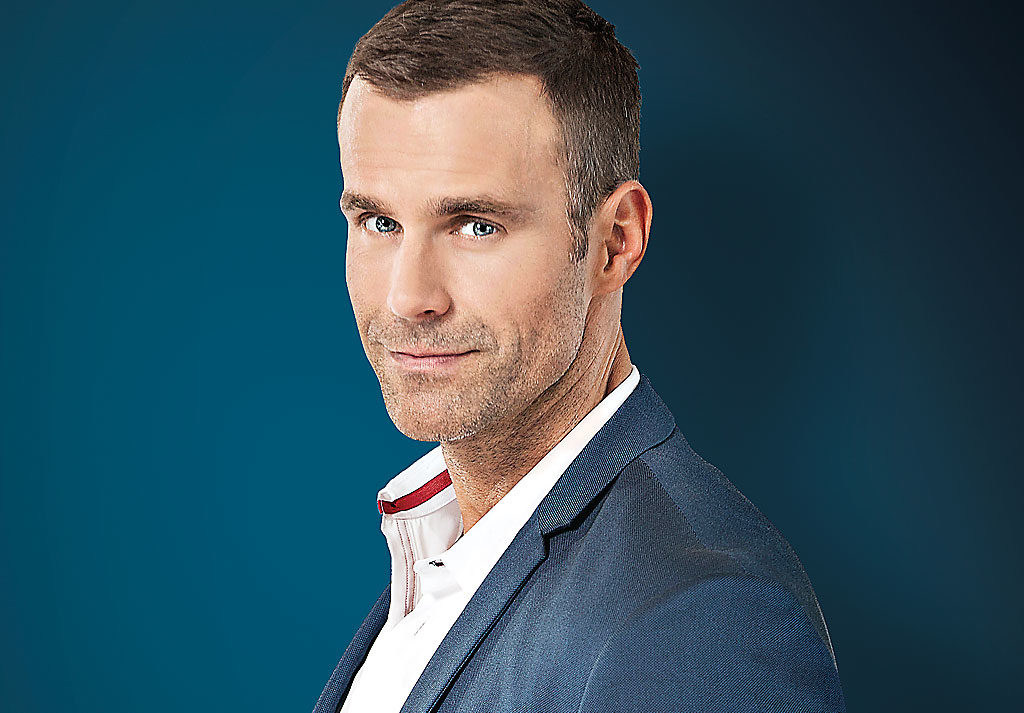 As the host of the W Network’s new reality show Game of Homes, Canadian actor Cameron Mathison has only one problem with his job: he wishes he were a contestant.

“I totally feel like getting in there,” Mathison says about the show — set to premiere in March 2015 — that pits amateur home renovators against each other in a bid to win a house they designed.

A civil engineering grad turned actor, Mathison says hosting the show is a natural fit for him. His passion for building and design dates back to his student days at McGill University in Montreal when he spent his summers building fences and decks for extra money along with an architect friend and, later, his brother.

Mathison also enjoys the drama that comes from the Game of Homes format, which sees the contestants renovating rundown houses one room at a time, under the stress of tight budgets and time frames.

“I love hosting the show and giving challenges and throwing in twists,” he says.

“You get to know the [contestants]. And you feel for them and you root for them.”

Mathison says the show has also served as a bit of a design workshop for him since he’s constantly listening to tips from the expert judges and celebrity guests such as Drew and Jonathan Scott from the hit W Network show Property Brothers. Figuring out the dos and don’ts of design has come part and parcel with the gig: “I’m learning more and more about design,” he observes.

For someone so enthralled by the world of home building, it begs asking how the Thornhill-raised actor ended up with a career in show business.

“I always had a fantasy that I wanted to do it,” he says.

But it wasn’t until one summer (after his fence and deck business folded), when he was looking for another way to earn money, that a friend of his suggested he try modelling. After meeting with an agent in Toronto, he booked his first casting for a catalogue shoot and made more money than the previous three summers combined. Mathison toured the globe as a model — traipsing about North America and Europe while hopping from gig to gig — before he was eventually encouraged by his agent to give acting a try.

“My agent kept saying, ‘You’ve got to take this more seriously’ and suggested I take acting classes. I wanted to, but I had some fear around it — I was afraid to take it seriously.”

When Mathison did finally focus on honing his acting chops, work came fast, first with commercials and then a bit part in the movie 54 — about the famed 1970s New York nightclub — starring Ryan Phillippe and Salma Hayek.

“I started getting confidence. It’s like when an athlete starts feeling good, they start doing well,” he says.

But Mathison also credits luck with his early spell of success in a rather fickle business.

“It was literally very lucky that I booked one job after another, which kept things rolling,” he says.

Mathison remembers being on the set of 54 when he got a call letting him know he’d landed a role on the daytime soap All My Children playing con man Ryan Lavery. Of course, with his good timing, he just happened to be visiting New York when a general meeting for the show was being held, giving Mathison the chance to charm the folks that be. “They wrote the role for me,” he notes.

Mathison says performing on the soap for 14 years taught him to jump into character and make the most of a scene. Little rehearsal paired with very few takes meant that actors were expected to perform on the spot — a skill that doesn’t come easily to many and can be hard to wrangle out of an actor.

“I learned how to dive in right away. We were doing severely under-rehearsed [scenes] every day — you have to hit your marks and do your best,” he says, “but man, it’s like a speeding train you have to hop onto.”

The experience also helped him with his more recent work as a correspondent for ABC’s Good Morning America and Entertainment Tonight, co-host at The Daytime Emmy Awards — and now, of course, on Game of Homes.

“It’s all come in handy since you still have to learn dialogue and hit your marks,” says Mathison, although he says he’s learned to become more improvisational as a host.

The one constant in Mathison’s work in show business is variety. He recently performed on the fifth season of Dancing With The Stars, joined by other celebs like Jennie Garth, of Beverly Hills 90210 fame, and Spice Girl Melanie Brown. Mathison surprised even himself when he advanced to week nine with his professional ballroom partner, Edyta Sliwinska.

“I didn’t know I had that in me,” he says of almost making it to the semifinals. Mathison compares learning to dance with what it was like starting out in acting.

“Once I believed I could do it, I became a lot more confident,” he says of his work learning dances including the Viennese waltz and the cha-cha. “It’s all in your belief — you have to let go and do it.”

If it wasn’t for his acting skills, he believes he would have been less successful. “At first I was just focusing on the steps,” he notes, “but found it much easier when I took on the character of each dance.”

The actor is now based in Altadena, Calif., with his wife, model Vanessa Mathison, and their two children, Lucas and Leila.

Although he’s a long way from where he started, he has fond memories of growing up in Thornhill. Living near Bayview and Steeles, Mathison says, during his teenage years, he and his older brother turned their home into a party hub each summer when their parents were away. He attended Thornlea Secondary School where a highlight of his youth was making like Michael Jordan and playing on the high school b-ball team.

“I had some of the best times of my life playing basketball at Thornlea. My best friends were on the team, and we did way beyond what anyone thought our potential was.”

Mathison has continued his love of the sport in a new capacity, playing coach for his kid’s team in Cali. As a dad with a busy career that can take him away from home for long chunks of time, he makes the most of his downtime by being a hands-on father. When home, he quickly jumps into the role of “Superdad,” helping his mini-mes plow through their homework and science projects. He also “loves to do drop-offs and pickups at school.”

Despite being grateful for all his success in a notoriously tricky biz, Mathison advises budding thespians against following his rather circuitous route. Instead, he suggests enrolling in a theatre program or finding another more traditional way to train.

Update: This article originally stated that Property Brothers is an HGTV show. It airs on HGTV in the U.S., but is produced by W Network and airs on that channel in Canada.