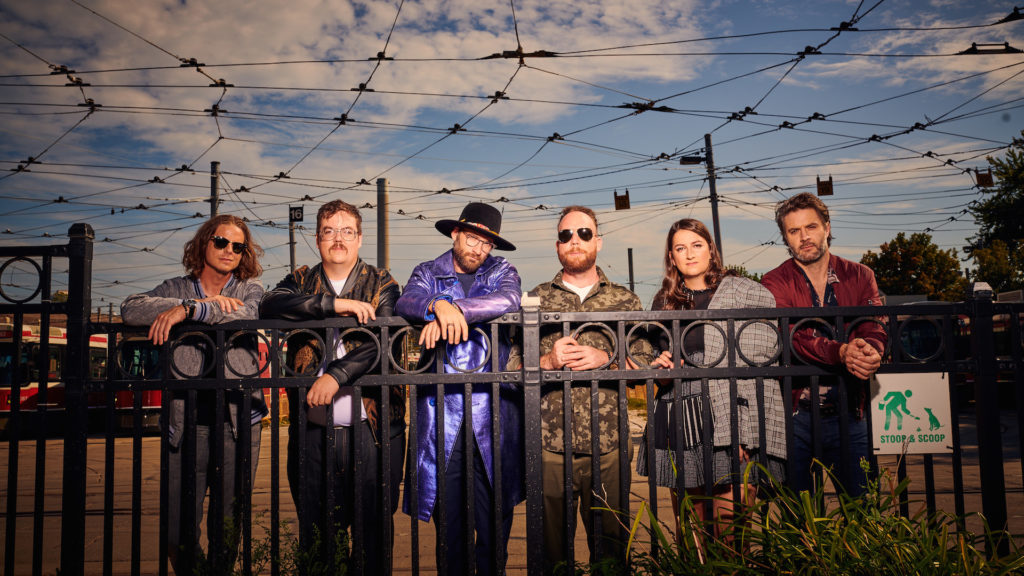 There is something kinda perfect about pulling out an acoustic guitar and strumming some tunes while gathered around a campfire. David Ritter, of the Strumbellas, has, well, strummed out a few tunes in his day. The band released a powerful new song this past February entitled “Greatest Enemy.” Here, Ritter gives TRNTO his top 10 campfire songs to pick up this summer to play at your own campfire. Enjoy.

If the only Hootie you have in your life these days is the Post Malone version of “Only Wanna Be With You,” do yourself a favour and take a listen. One of the best musical feelings in the world is “oh yeah, I remember this song, it’s AWESOME.” Playing some Hootie & The Blowfish this summer is the perfect way to give you and your friends that feeling.

Big Star should have been huge. Over and over again, they put out perfect ’70s power-pop songs that failed to crack the charts, and instead of reaching the stars, they became the ultimate cult classic band. Fans of Tom Petty, Elvis Costello, and heck The Beatles will find a lot to like in their catalogue. September Gurls is a dreamy slice of shining pop bliss with just a hint of autumn sadness. It’s the ideal song for a chilly end-of-summer fire while you watch the leaves fall from the trees.

No campfire is complete without a Joni Mitchell song. “Case Of You” is a very difficult song to cover. It’s hard to separate that song from Mitchell’s specific performance. “River” is easier, and if you like sad campfire songs (which I do), it’s sadder than most.

4. “What Becomes Of The Brokenhearted” by Jimmy Ruffin

For the campfire, we tend to think of songs that already have acoustic guitars, but great songs work in any setting. You could sing “The Gambler” or “The Joker” but why not keep people on their toes with a little bit of soul? One of the best songs in Motown’s astonishing catalogue, “What Becomes Of The Brokenhearted” is one of those songs that everyone loves. It’s beautiful and tragic and fun to sing as the s’mores are cooking.

Is it too clever to sing about a steady fire when you’re sitting around a steady fire? I don’t think so. This is a contemporary classic with a melody that’s as catchy as it is surprising. Casey Musgraves’ body of work stands with anyone working today and this one has an especially fun chorus to try out.

If guilty pleasures still exist, then Garth Brooks is one of mine. This song winks just enough to tell you it’s in on the joke. So enjoy belting out the chorus, especially the part where the melody reaches way down for the word “low”. In that moment along you can see Brooks is having a little fun, and so can we.

7. “You Can’t Put Your Arms Around A Memory” by Johnny Thunders

Johnny Thunders was the guitarist for influential early punk band New York Dolls, but here gives a more tender solo performance in a song about heroin and heartbreak. It’s a cult classic that most people won’t know. So you won’t hear voices joining you, but you may see a tear or two flickers in the firelight.

8. “Can’t Stop This Thing We Started” by Bryan Adams

Summer of ’69 is the predictable choice, but what’s the fun in being predictable? If there are a few guitars—and maybe even a couple of hand drums—around the fire, this song is a surefire jam-starter. The swing feel and titanic hooks will have everyone remembering that Adams has more than a few campfire classics in his back catalogue.

Here’s one for the finger-picking folk heroes out there. Frank was a 1960s folk singer whose debut album was produced by Paul Simon while they were living in England. This is his signature song, and it is about as sad as his life story. It’s been covered by Simon & Garfunkel, Nick Drake, Counting Crows, and John Mayer, so while it may not be widely known, it’s deeply loved by those lucky enough to have heard it.

10. “Because You Loved Me” by Céline Dion

If this is a Canadian campfire we’re talking about, it’s your patriotic duty to try out a Céline Dion song. It may be awkward at first, but your friends will thank you as they belt out the chorus. Plus you’ll impress everyone if you hit the high notes. It doesn’t have to be this song, but paying tribute to the queen of pop will always feel right under Canadian skies.