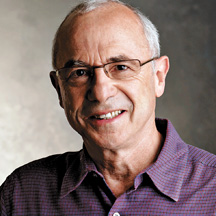 Why do six seemingly intelligent men, mainly senior citizens, voluntarily subject themselves to the following indignities?

1) Sleeping cheek by jowl in a Stalag 17–style hut

And all of the above in pursuit of the elusive Arctic char, the king of fish. But the elements, the discomfort, the bites and the cold, all of this is forgotten the moment there is an exhilarating tug on your line.

We are 1,000 miles north of Montreal in Nunavik. We flew to Kuujjuaq and then boarded a Twin Otter with all our gear, including the cases of wine, for the 112-mile flight north west to Sammy Cantafio’s Ungava Adventures camp.

There is nothing here but a landing strip in the tundra and a cluster of cabins. The only communication with the outside world is by radio. A generator provides the power for lighting and heating. But the night sky has more stars than I have seen anywhere, and occasionally the universe puts on a dramatic display of northern lights at 3 a.m.

I am the rookie of the group. This is my 12th year of fishing with Steve, Sam, Art, Leo and Harold. The others have been fishing together for two decades.

With the passage of time, certain aspects of these trips have become ritualized. Steve, an amateur chef, cooks all the shore lunches on a Coleman stove when we’re above the treeline or on an open fire if we’re not. Leo makes the Bloody Marys for happy hour. Art brings his wife Ellie’s amazing cookies. Sam brings the wine from his Aladdin’s cave of a cellar. Harold brings the malt whisky and I, well, I’m the sommelier and historian.

The guides, who are used to fried fish, chips and beans think we’re weird with our shore lunches that last for two hours, accompanied by three bottles of wine (served in plastic wine glasses. But then, a fine wine will taste good even out of a Wellington boot).

And, of course, we fish, casting lines until our backs ache and our hands are numb. When we pack up at the end of the week, we are already discussing where we will go next year. It’s the best therapy there is.

Wines to serve with fresh fish: