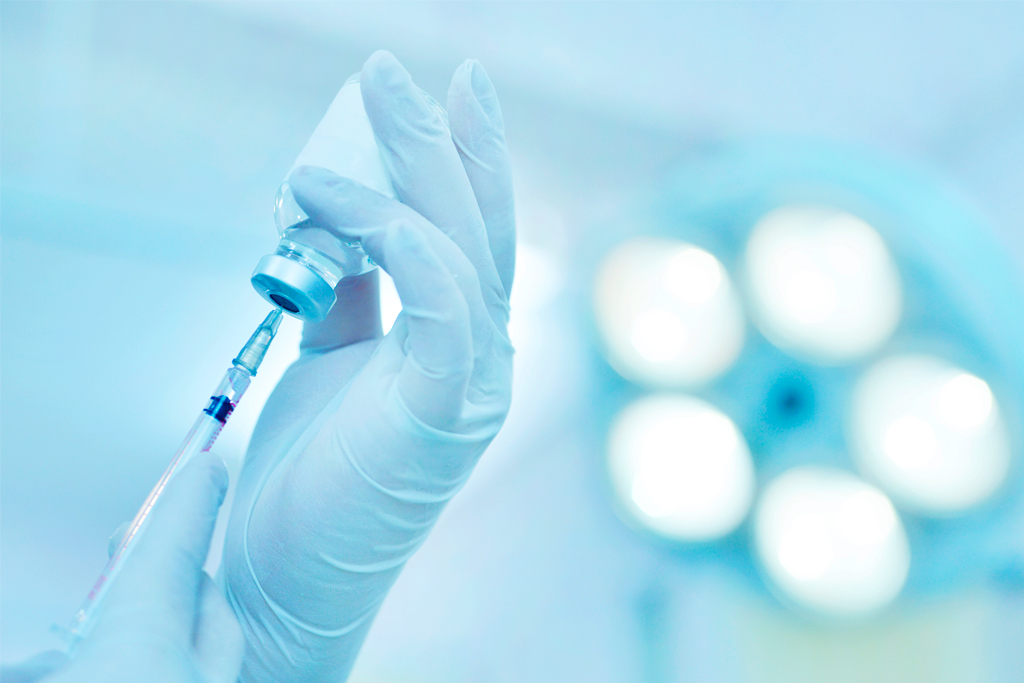 Providence Therapeutics, based in Toronto and Calgary, is a Canadian biotechnology company founded in 2015 to work in cancer research. Early research work was done with JLABS in Toronto’s MaRS Discovery District as well as the Sunnybrook Research Institute. When COVID-19 hit, the company pivoted and quickly designed a vaccine. Without any domestic facilities, Canada is having to rely on foreign companies for its current vaccine requirements. And we are seeing what’s happened with that strategy on display this week. But that is changing. Now, Providence has invested in a Calgary manufacturing facility and is gearing up to answer the call. Human trials are underway, and the company could start distributing vaccines this year if the federal government commits to an order.

The company’s clinical study is just underway and will be carried out in Toronto with 60 volunteers between the ages of 18 and 65.

TRNTO spoke with Brad Sorenson, CEO of Providence Therapeutics, about what this means for Canada right now and in the coming years.

What happened this week that was important for Providence?

It was a big day for Providence and, I believe, for Canada. We’ve started dosing patients (with Providence’s COVID-19 vaccine). We’ve already dosed five patients, they’re all doing very well. And, we’re actively screening and recruiting to complete our phase one trial. And we should have that done in the coming months and be ready to go into phase two and three, beginning as early as May. It’s significant, because this is the first vaccine that was designed, developed, manufactured all in Canada, and now running a clinical trial in Canada. And so it demonstrates that we have the capacity in this country to answer the bell when needed.

And this is the new mRNA vaccine similar to the technology behind the Pfizer and Moderna vaccines, right?

Yes, that is correct. So it’s not new to us as a company, we’ve been working on messenger RNA for years. But as a technology within the wider marketplace, the approval of the Pfizer vaccine was the very first regulatory approval of an mRNA drug vaccine or otherwise in the world. So it’s a really big year for mRNA as a technology.

Is there a very simple way to explain the technology?

Yes, you know, I love it when names are accurate at communicating information. Messenger RNA, simply put, delivers a message to the body. It’s an amazing thing, the body, produces proteins that do all the things that we need it to do. And in messenger RNA these are naturally occurring antibodies. Your body produces it, for when it needs to do stuff, all we’ve done is identify and recognize that this mechanism within the body exists. And so you can write a message, and you can have your body produce a protein to do almost anything. In this case, we’ve just sent a message to the body to produce the spike protein that’s associated with the Coronavirus. So you’re not introducing anything foreign. It’s a synthetic process. It’s chemistry. You deliver that message. And the message tells the cells in your body to produce the spike protein, and then the immune system sees the spike protein and says, Hey, this doesn’t belong here. And so it mounts an immune response to get rid of it. And then when the actual virus comes and has that spike protein, your immune system is now prepped and ready to get rid of it.

How long would that protection last?

That’s a question people are still trying to figure out. We hope that we’re talking years and not shorter. We’re starting to see evidence that indicates that we’re at least a couple of years. And so that’s what we’re hopeful as well. I suspect we’ll probably need a booster shot every couple of years or so just to make sure it’s strong.

Moderna was talking about a booster at some point for the new variant, as well, right?

Yes, that’s something else. Providence has already designed that variant vaccine. We are a little Canadian company, but we can do the same things Moderna can do. We designed it about three weeks or a month ago. As soon as we saw the variant, we sequenced it. We have some proprietary algorithms that we use to design these vaccines. And we actually, we already designed it.

That’s the advantage of having a company like Providence in Canada. We have the capacity, and we can respond quickly instead of drawing on the limited worldwide supply, we can be contributing to the solution.

And so when did you start working on the COVID-19 vaccine?

We designed it in March of 2020. We spent a number of months trying to convince the federal government to support the solution in Canada. It took a lot more time and effort than we had hoped to be candid. But, ultimately, we did get some support from the National Research Council, which we really appreciate. And we hope that having now followed through and we’ve done what we said we could do, hopefully, the federal government will see that and recognize that it’s important to support this program. Phase one, in and of itself, isn’t the solution. We’ve gotta get through phase two, phase three, there’s work that needs to be done to get this across the finish line.

And where does that put Providence on the vaccine timeline?

If everything goes well, we should be completing our clinical trials at the end of this year, and be rolling out commercially early in 2022. And so, we plan on building a stockpile of vaccines throughout 2021. So that when we do receive approval, you know, we’ll be able to push those out the door quickly. I hope Canada can follow through and get the vaccines that they’re talking about getting. If they can’t, we’re prepared to prioritize Canadians. If they do, I can tell you there’s a lot of people in this world that are still going to need a vaccine. So we can export whatever supply we’ve got.

Is there a way to advance your timeline at all, if the government chooses to help in any way?

We can’t really rush the clinical trial process. If everything goes smoothly, we could be done by the fall. That’s with all the stars aligning. We want to make sure we run a very strong clinical program and we demonstrate it is safe and effective and build up that confidence in the public that they’ll want to take our vaccine. So that’s important to us. Where we can get help is, Canada seems to be open to the idea of pre-purchasing vaccines. They’ve done it with a number of companies outside of Canada. If we could convince the Canadian government to put in an order to purchase some vaccines from us, then we have the ability to go out and raise funds and begin manufacturing on spec. We can make over 100 million doses this year, that wouldn’t be a problem. But we can’t do that on spec without having some type of commitment from a buyer.

What does it mean in the greater scheme of things that we have this homegrown vaccine now with this new technology going forward?

Well, and that’s where you really hit the nail on the head there. It’s a statistics game, right? It’s a math problem. If you’ve got a billion people in the world that are infected, and organs that get infected. You think about how many divisions of that virus as it multiplies. It gets pretty high, when you get to some big numbers, each time there’s a division, there’s a chance that a new mutation or variant could come out. And, and we’re starting to see that now. And that’s not going to go less, it’s going to go more, as you know, we’re still probably only at the 15% infection rate, globally. So that’s not going to slow down. And the UK variant seems to be responding to vaccines, which is good. The one we’ve got our eye on is the South African variant. We want to be able to respond to that, but they’ll be more. And so having that ability to respond quickly if there’s a new variant, not waiting for the international community to bail us out as Canadians, is important.

You mentioned this South African, like, have you mapped that one out as well?

Yes, we did that weeks ago. We’re a little company, but, we know what we’re doing. We’ve already designed that vaccine, we’ve already done it in, they call it in-vitro, or cellular tests. And now we’re going to be looking at advancing that to what they call the in-vivo or animal testing. It’s amazing how quickly with mRNA technology, we can respond and be ready to make something and, I hope somebody in the government is listening because this is important. This is an important ability for Canada to have. And we’re demonstrating again that we can do what we say we can do.