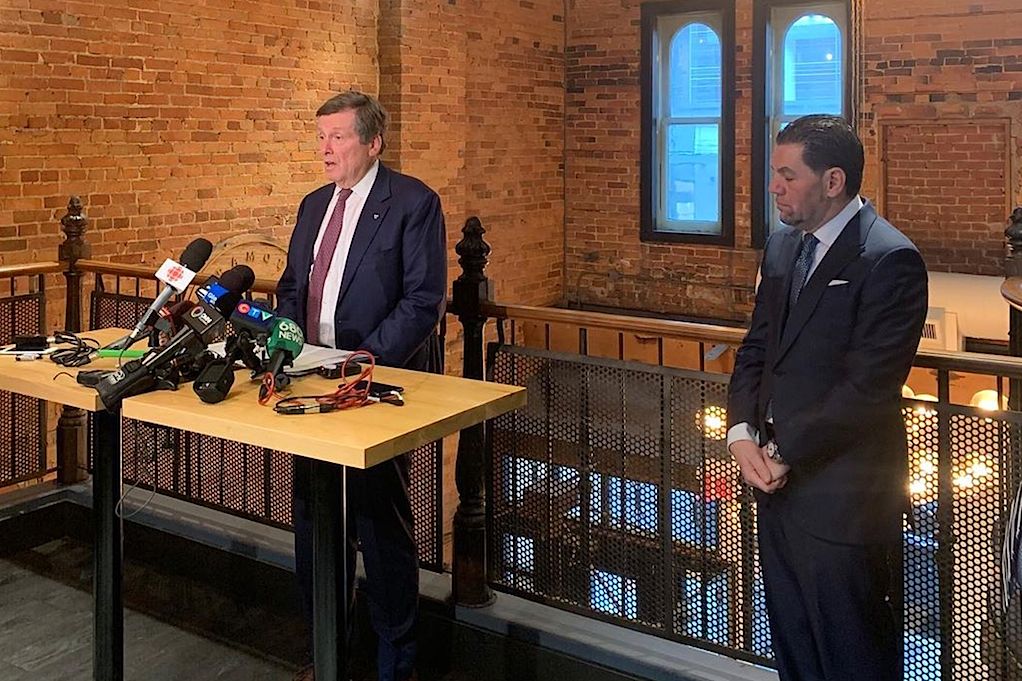 After the devastating crash of flight 752 in Tehran last Wednesday, Toronto has been bound together in grief for the 57 Canadians lost.

Mohamad Fakih, philanthropist and CEO of Paramount Fine Foods, was waiting for a Toronto organization to start a charitable platform for the victims’ families,  before he decided to take matters into his own hands.

“I waited five, six days hoping someone would start an initiative and I’ll be one of the people just donating, but it didn’t happen,” Fakih told CTV News this morning.

After the jetliner bound for Kyiv, with several passengers connecting to Toronto, was shot down in Tehran last week, the city has been trying to cope with the inconceivable loss. On Thursday night a vigil was held at Mel Lastman Square to commemorate the 178 people lost in the Ukrainian International Airlines flight. Of those passengers, 138 were bound for Canada.

“I’m here to announce the Canada Strong campaign, a national campaign, to hopefully raise $1.5 million dollars for the families of the victims,” Fakih said at a press conference led by Toronto mayor John Tory this morning.

‪Proud to join @ceo_mohamad.paramount this morning for the launch of the #CanadaStrong campaign – a national initiative raising funds to help the families of Canadians who were lost on Flight 752. torontofoundation.ca/canadastrongcampaign ‬

Already donating $30,000 of his own money, Fakih hopes that other business owners and Canadians will come together in order to help the victims’ families pay for funeral expenses, as well as to help them get back on their feet.

The Canada Strong campaign was launched with $65,000 donated by Fakih and other Canadian businessmen. Fakih has also pledged to cover all costs of the foundation in order to get every penny of donations to the victims’ families. Denton Law firm and the Toronto Foundation have also donated their time and services in order to help ensure total funds go back to the community who has suffered an inexplicable loss.