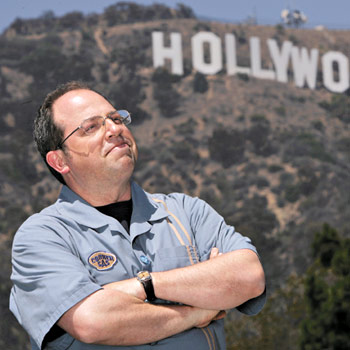 A few years back a publisher approached me about writing a book on the history of the Canadian comedy scene. Funny, I thought, I’ve been doing that very thing in these pages for more than five years now.

But it was to be an audio book no less, well, how could I refuse? I’d already been giving the story of Canadian stand-up a lot of thought; all I would have to do is focus it.

One key issue was the way that Canadian comedy reflects rural and small town life in the beginning (around 1960) and is then challenged by a more urban vision in the mid-70s.

This city-country divide is a tension that continues through the present day with Brent Butt as a key player as he combines the two in Corner Gas, which is rural yet sophisticated at the same time.

Another thread is the way that comedy starts out dominated by middle-aged white men and then explodes into a rainbow of diversity as women, gays, and people of colour become increasingly important.

Parallel to that story, the history of standup is primarily a Toronto phenomenon until the late 1980s and then expands to include every region of the country.

I excluded the province of Quebec in this survey and kept to English language comedy to keep the playing field level.

The entire process brought me back to my roots. I made contact with comics of the era that I hadn’t spoken to in decades, and it brought back a lot of warm and crazy times. A few comics had passed away, and I had more than one session in the studio with moist eyes as I edited the work of late great comics such as Gary David and Paul K. Willis.

And then, with all the material in tow, I entered the studio to record the material. I’ve never been a fan of my own voice; it’s always seemed to be a bit shrill to my ears. So I made sure one of the engineers sat right in front of me, so I could lower my voice to an intimate range. As long as he looked at me with rapt attention, I supposed I was getting it right.

Over the years it’s become well known throughout the world that Canadians produce more than their share of great comedians. But listening to the book in its entirety suggests something even more: that the image of Canadians as a shy, retiring people is false and out of date. The comedians in the book, if any example at all, are eccentric, vibrant, and deliciously mad, and I think the ultimate point of the book is that we are actually a nation of strong personalities.

I knew I had room for a lot of comics, and I vaguely divided the discs into past, present and future, but right from the beginning, I knew I’d get some unhappy calls from comics I had to leave out.

Two years in the making, The Yuk Yuk’s Guide to Canadian Stand-Up is a five-CD audio book spanning 50 years of comedy history.

With more than 40 audio clips by famous and esoteric comics and more than an hour of commentary by yours truly, the book is a great introduction to Canadian comedy.

I would never use this column to suggest that the book makes an excellent gift for the upcoming holidays, so let me just wish my readers a very happy season and best wishes for the new year.