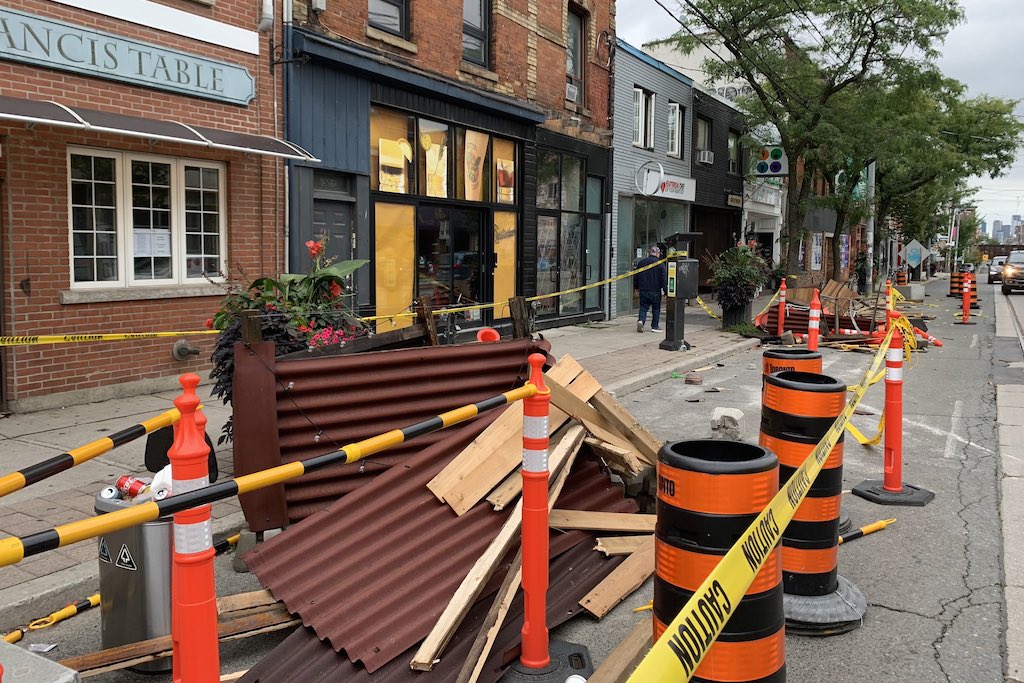 Toronto police have charged a driver with careless driving and driving without a licence after a car crashed through a shared patio in front of Parkdale restaurant Chantecler.

According to security footage, the crash took place at around 3:43 a.m. on Sept. 7, at the CafeTO patio used by Guu Izakaya and Chantecler restaurants at Queen West and Brock Avenue.

Photos shared on Twitter reveal damaged chairs and tables in an area marked off by police with yellow tape.

Toronto Police say they responded to the incident at around 4:22 a.m.

No injuries were reported as the patio was empty, but the crash is raising concerns about Toronto’s CaféTO program, where patrons are dining outside so close to traffic.

The program was created back in June to help the restaurant and bar industries restart from the effects of COVID-19 by providing additional outdoor space for physical distancing, leading to revenue generation throughout the summer months. The program made it easier for approved restaurants and bar operators to expand existing (or install new) patio spaces outside their business.

Masaru Ogasawara, the owner of Guu Izakaya restaurant, told the CBC that the patio has been a lifeline for his restaurant, but he’s unsure if they will rebuild it, citing customer and staff safety as the restaurant’s priority.

“I can’t imagine if our customers were eating or dining here,” he said.

Toronto Mayor John Tory said that these kinds of incidents have been few and far between, but safety has been taken into consideration when the program was implemented.