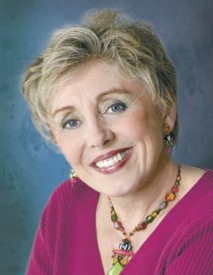 SHE PLAYS THE button accordion. That’s about it for new insights into the world of local comic artist Lynn Johnston. Her life, emotions, hopes and dreams have been the fodder for the genre- bending comic strip For Better or Worse that she has penned for the past 30 years.

“Those of us who do comic art, we really wear our hearts on our sleeves. All my characters encompass my philosophy,” says Johnston, on the phone from her home in North Bay, Ont. “Each character is me, including my dog, even my husband — I made him up for 30 years, too.”

Debuting Sept. 9, 1979, For Better or Worse tells the story of the Patterson family: Mom, Elly; John, the dad; the kids, Michael and Elizabeth (and later, April), as well as Farley, the dog. It is one of the most widely read and successful comic strips in the world, running every day in more than 2,000 newspapers in 20 countries around the world. Johnston won a Reuben Award (the top annual award for cartoonists around the world) in 1985, was nominated for a Pulitzer Prize, is a member of the Women Cartoonists Hall of Fame and counts the legendary Charles Schultz, of Peanuts fame, as her mentor.

In a cartoon shocker, last year, Johnston called it quits. Like a real family, her characters had all grown up and started lives of their own. The strip was unique in developing characters in “real time.”

“I really felt that I had to stop while it was still a relatively good story,” says Johnston, who is in town this month as part of the International Festival of Authors at Harbourfront. “It was getting away on me: too many characters, far too serious.”

Johnston spent the last year reworking some of her original series for what she has dubbed “new runs,” but that, too, is coming to a close next spring.

“I’m enjoying it a lot. I am able to wind down slowly, and it wasn’t the shock that it could have been,” Johnston says. “I love working with the kids again and Farley as a young dog. It is more fun and more satisfying to work with.”

Johnston grew up in Collingwood, north of Toronto, and now lives in Sudbury. She was a “comic addict” as a child before she had to give up her collection for Lent, “which was torture.” “Then, of course, Mad Magazine showed up, and my mother thought is was horrible,” says Johnston. “It came in brown paper wrappers, and we read it downstairs with a flashlight.”

Johnston will be part of the International Festival of Authors in town this month. Go to www.readings.org for info.