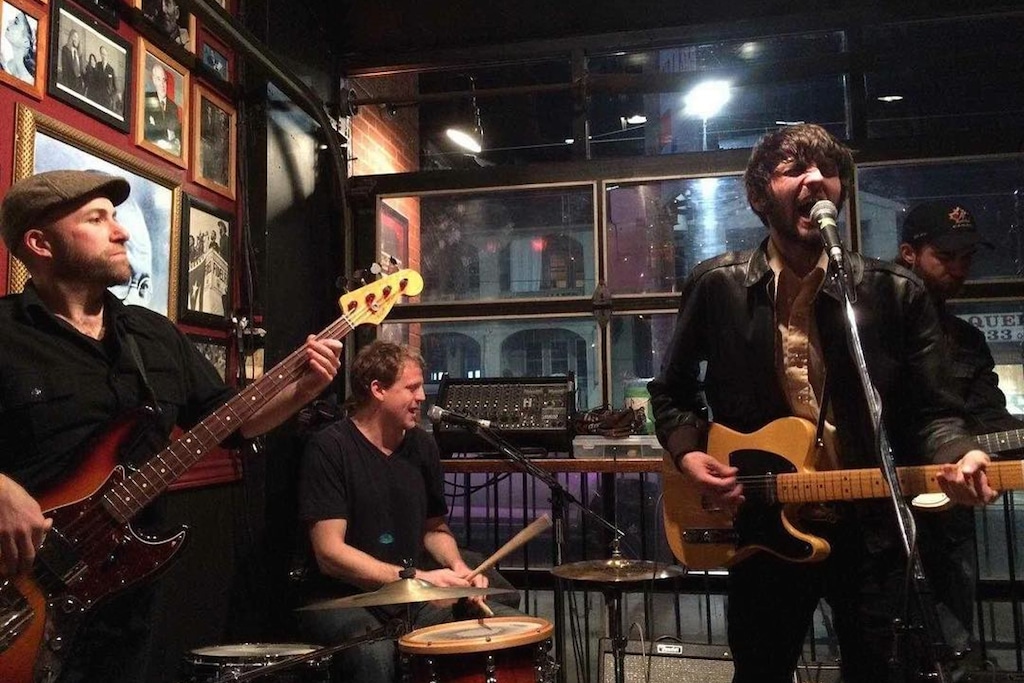 The owner of Castro’s Lounge, a bar and live music venue on Queen Street East in the Beach neighbourhood of Toronto, has taken to social media to try and clear his name after an alleged dispute with an inspector from the Alcohol Gaming Commission of Ontario (AGCO) appeared to have gotten personal.

Currently, the AGCO is attempting to revoke the bar’s liquor licence, with a hearing scheduled for this week, Jan. 21-24.

In the aftermath of the incident, owner Anthony Greene says he was “banned from [his] own bar,” for life. He wrote on a Jan. 16 Facebook post and at one point spent a night in jail. 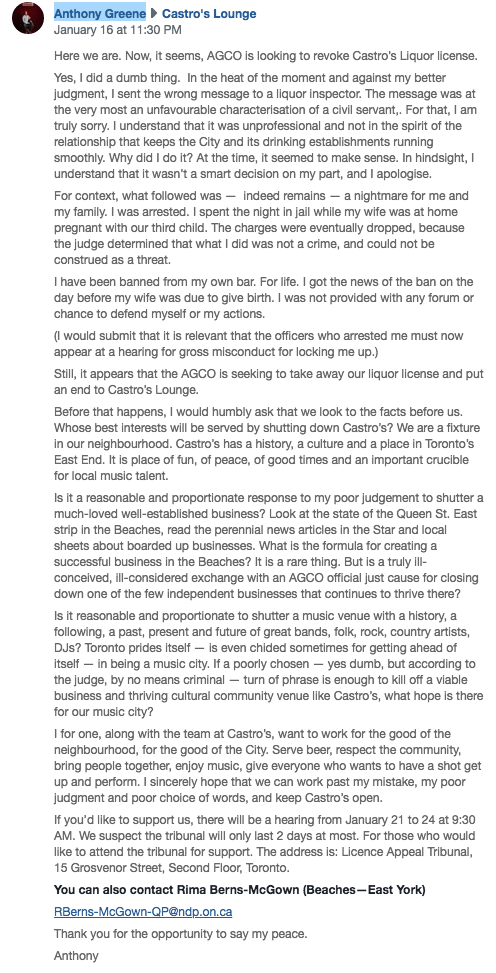 “For context, what followed was — indeed remains — a nightmare for me and my family. I was arrested. I spent the night in jail while my wife was at home pregnant with our third child. The charges were eventually dropped, because the judge determined that what I did was not a crime, and could not be construed as a threat,” he wrote. 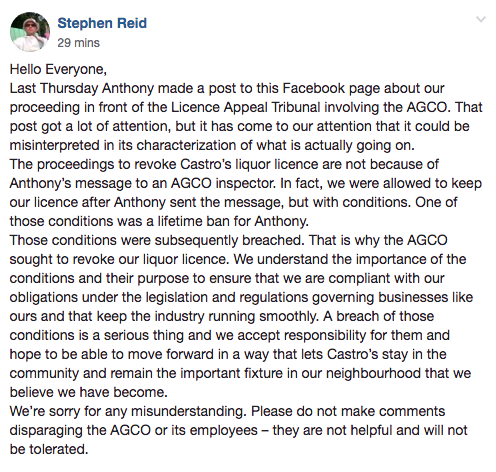 Following the posts, the issue has been hotly debated on the Beaches Facebook page, where it has been rumoured that the interaction between Greene and the inspector revolved around comparing the female inspector to a character in the Handmaid’s Tale.

The Toronto Star reported that Greene sent a private Facebook message to the inspector comparing her to the character Aunt Lydia from the Margaret Atwood novel. Following the message, Greene was arrested and charged with intimidation, which was subsequently dropped.

An online petition has been set up by a local resident named Victoria Stone, who identified herself as a former employee.

“We the undersigned humbly submit to the Alcohol and Gaming Commission (AGCO) of Ontario our support for Castro’s Lounge in the current dispute aimed at revoking Castro’s Liquor License.

Castro’s Lounge has been in operation in the Beaches for over 20 years. It is a “community hub” that supports live music and local musicians. It is a beloved gathering place for people from all walks of life in the Beaches.

Castro’s Lounge is, and always has been, a professionally-run establishment that has been operated with honesty and integrity. It is an integral part of life for many people in the Beaches neighbourhood. It would be a travesty to see it closed.”

It has garnered more than 3,000 signatures.

Others have weighed in on social media, such as political strategist and Beach resident Warren Kinsella.

This is crazy and unfair. Totally over-the-top reaction by bureaucrats. @fordnation ⁦@RodPhillips01⁩ and @douglasdowney need to take a look at this. “To save Castro’s Lounge, co-owner says he’ll give up his share of the bar” #onpoli https://t.co/qz663e5v95

Castro’s is a popular Beach venue for live music, which it hosts most nights of the week by well-known local artists such as Jerry Leger, Bidiniband, Danny Marks and Communism to name just a few. In addition, the bar has a sizable reputation for its wide selection of local craft beers.