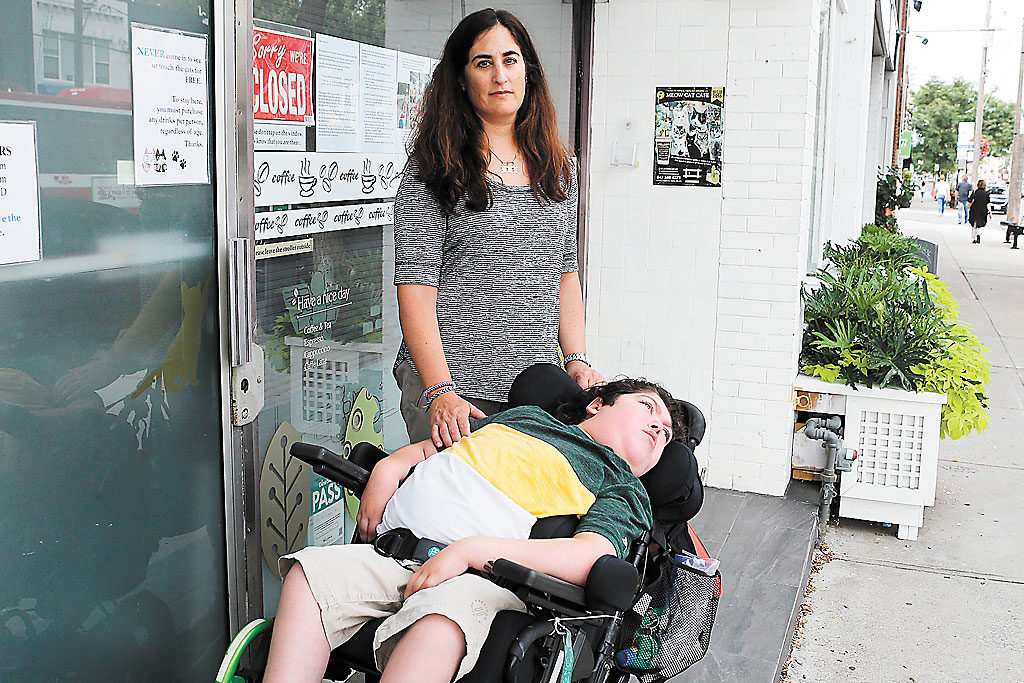 When the family of Jacob Trossman decided to surprise him on his 16th birthday with a trip to a cat café, they expected to be able to get through the door. However, when he arrived at the storefront, the owners of Meow Cat Café abruptly turned his family away. The teenager, who lives at Avenue Road and Lawrence Avenue West, has a neurodegenerative disorder and relies on a wheelchair to move around.

“She said that once upon a time, a wheelchair hurt her cat, so she decided not to let any wheelchairs in,” said Jacob’s mother, Marcy White. As a result, she has begun the process of filing a human rights complaint against the owners of the café, Helen and Erica Yun.

After news broke of this event, members of the disabled community took to social media and voiced their disapproval.

Pawsitively Pets, an animal education program, reached out to the Trossmans, offering to host a pets party at their facility. They don’t keep cats or dogs, for safety and animal compatibility reasons, but their pets include parrots, rabbits, guinea pigs and others. Pawsitively Pets owner Jennifer Ego said that she had seen instances where wheelchairs or strollers had injured cats or dogs, but that her company had taken precautions to maintain the safety of both the pets and patrons.

“A wheelchair isn’t an army tank that can’t move out of the way.”

“I commend that [the owners] want to ensure that their animals are safe,” said Ego. “[But] before you open up a business where you’re going to engage people and animals, you have to look at the whole picture: Can everybody be safe? Can it be inclusive? And can we figure out a format where it can be inclusive?”

Soon after the incident, Meow Cat Café closed shop and posted a note on the door. It stated that a number of people with wheelchairs had recently entered the café and some of the cats were injured.

“As a result, the cats are in a state of too much stress and anxiety,” read the note. It ended with the words (emphasis theirs), “Are you happy and satisfied now?”

“She doesn’t seem to understand the impact that her actions have on other people,” said White about the owner who turned away her son. “A wheelchair isn’t an army tank that can’t move out of the way.”

The owners of Meow Cat Café didn’t respond to requests for comment, but a new Facebook post on their page stated that they were planning on reopening in the future.

“We are taking steps to improve our services and facilities to meet these needs,” it read.