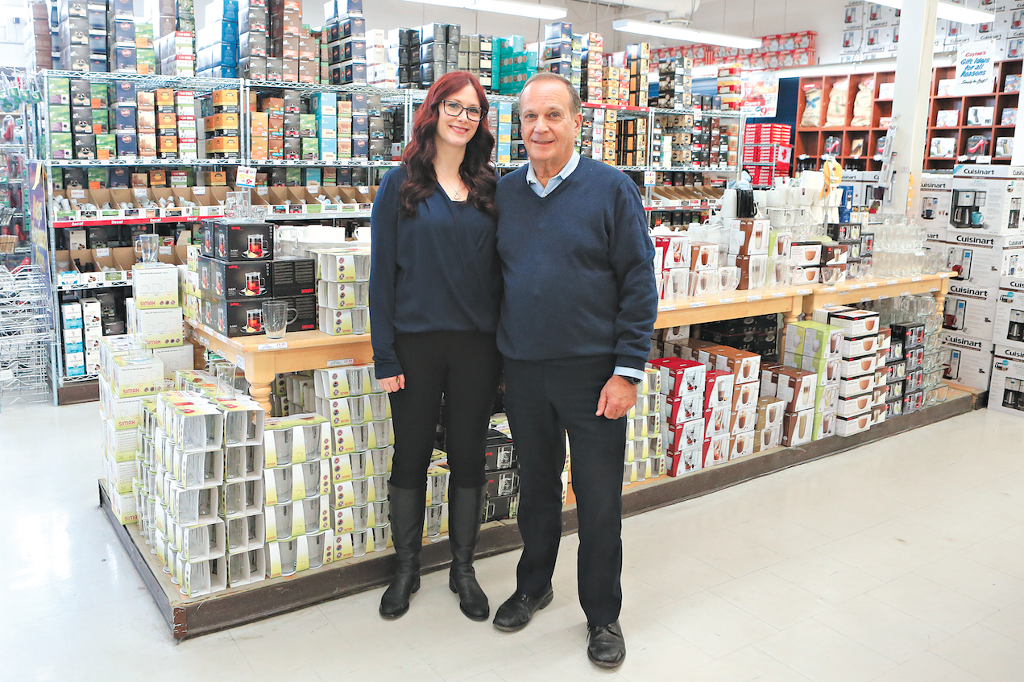 Cayne’s Super Housewares in Thornhill has been a beloved destination for kitchen gadgets, appliances and housewares for 32 years. The company was founded by Jerry Cayne in 1986. His daughter Jami remembers shredding paper in the office at the age of eight. After working as a cashier and moving her way through the company, she left to pursue a career in hospitality before returning to the family business.

Over the years, have you had any celeb clients? Harley Pasternak, my father and I met him in Chicago for the International Home and Housewares Trade Show. He’s from North York, and now he’s a trainer to all the stars, the Kardashians and everybody in L.A. He wanted to make a high-power blender that was affordable, and he did just that. He loved our story and he loved that we were supporting his product. Now we chat on Instagram and share our recipes and share our experiences with the product.

How has Cayne’s adapted to new trends? Single-serve coffee has been a trend for a few years now, but it’s a market that is always changing. We went from carrying 30 varieties of K-cups to over 500. I consider myself to be a bit of an environmentalist. I had a real problem with how we were contributing to the garbage. We work with two separate companies that focus on composting, upcycling and incineration. We started being a free destination for recycling.

How else has Cayne’s helped support its customers? I had a customer come in about three years ago. She had some health concerns and was trying to go on a diet, but she found it so overwhelming. She was in to buy a blender for smoothies. Smoothies was one of the first things that I did for my lifestyle change. I showed her pictures and recipes. I actually went to her house, and we did it all together. I set her up on a plan and gave her a grocery list. I said, “You just have to do this every week.” We’ve become friends. You don’t get that anywhere else.

What are some of the fun items that Cayne’s sells? We have 250 feet of gadgets. They’re cutesy; they’re fun. My favourite is the avocado tool. It de-pits and slices avocados. I buy them for gifts a lot. I always say to our staff: we’re not saving lives, we’re not doctors, but we’re definitely improving them. Peoples’ lifestyles matter, and the way into that is through their food.

What have you learned from your father? He has taught me some keys to success in terms of being an entrepreneur. Your word is everything, your reputation is everything, and honour is very important. So you need to be proud of what you’re doing, and you need to conduct yourself in a way that you can be proud of