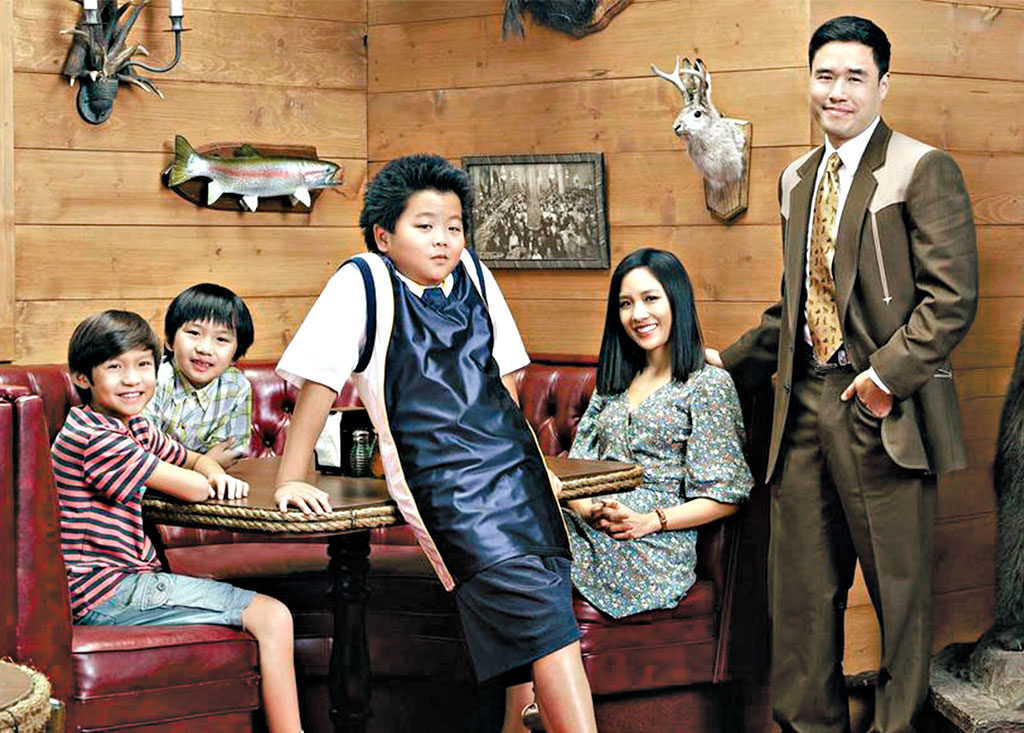 You can’t miss the billboards if you’re driving downtown: Kim’s Convenience, the new CBC sitcom about a Korean-Canadian family that operates a store in the city. Clearly, the size of billboards shows the high hopes and great pride the CBC takes in its new series.

Kim’s Convenience is one of those rare Canadian success stories. It started at the Fringe and with great reviews and a fervid audience, grew into a major theatrical production most notably at Soulpepper.

By all accounts it was a warm and humanistic couple of hours with a Korean family and a lot of gentle laughter and truths. The play found some powerful fans in the business and has now become CBC’s latest entry in the sitcom sweepstakes.

Appa is the patriarch of the Kim family and boss of his tiny empire. He has a quiet loving wife, a college-aged daughter and an estranged son who mysteriously works at a car rental agency, though we can plainly see he’s capable of much more.

I have seen the CBC show not the play, and the acting is excellent, but the show rests on the shoulders of its lead, played with jocular grace by Paul Sun-Hyung Lee.

Some critics have referenced Archie Bunker as an inspiration, but I think Al Waxman, in King of Kensington, is closer to the mark.

Appa has got some issues with the modern world, but he’s far from a bigot or a crank. His tolerance and decency shine throughout, as do the rest of the characters, which is the problem with the show.

As a sitcom, it’s more sit than com. It’s pleasant to watch but just not that funny.

The characters aren’t exaggerated enough. They lack big comic flaws. The conflicts are subtle and minor key. You want to give its creators kudos for finally putting Asians on TV in the right way, but the whole enterprise plays like a civics lesson.

The characters all behave with dignity, and dignity may be the enemy of laughter.

It’s the same problem I had with CBC’s Little Mosque on the Prairie, although at times that show would mercifully descend into broad silliness and earn some chuckles.

The history of Asian comedy on TV is one of shameful exclusion. In 1994, Margaret Cho starred in All-American Girl, which was yanked off the air after only one season. You had to wait until Fresh Off the Boat appeared on ABC in 2015 to see another Asian family sitcom. Now in its third season, the show seems to be doing well.

The comparisons between Fresh and Kim reveal the inadvertent differences between Canadian and American approaches to multiculturalism. We’ve always heard that Canada is a mosaic and America a melting pot, and that’s how the two shows differ.

Fresh Off the Boat is based on the memoirs of bad boy celebrity chef Eddie Huang. The family in the show speaks without an accent, is aspirational and can’t wait to assimilate. The Kim family is shown trying to hold onto traditional values while navigating the waters of a multicultural community.

Mr. Kim’s children are polite and loving, whereas the kids in Fresh Off the Boat are troubled and frequently rude. They identify with gangsta rap and use their Asian heritage to squeeze advantage out of their frequent conflicts with the white kids in their class. All of this is played for laughs, about one every 90 seconds, and to me there’s no doubt which is the funnier and edgier show. The reason I raise the example of Fresh Off the Boat is that it proves that a multicultural sitcom can be played for big laughs without the need for timidity.

Meanwhile, you can’t fault Kim’s Convenience for trying. There are good intentions here. And more than one hint of what the show could be. Liu’s character is given a bestie named Kimchee(!), played by Andrew Phung, who is irreverent and wonderfully ridiculous.

He’s the funniest thing in the show. More, please.