Are the number of coyote attacks in Toronto growing? - TRNTO.com
Skip to content 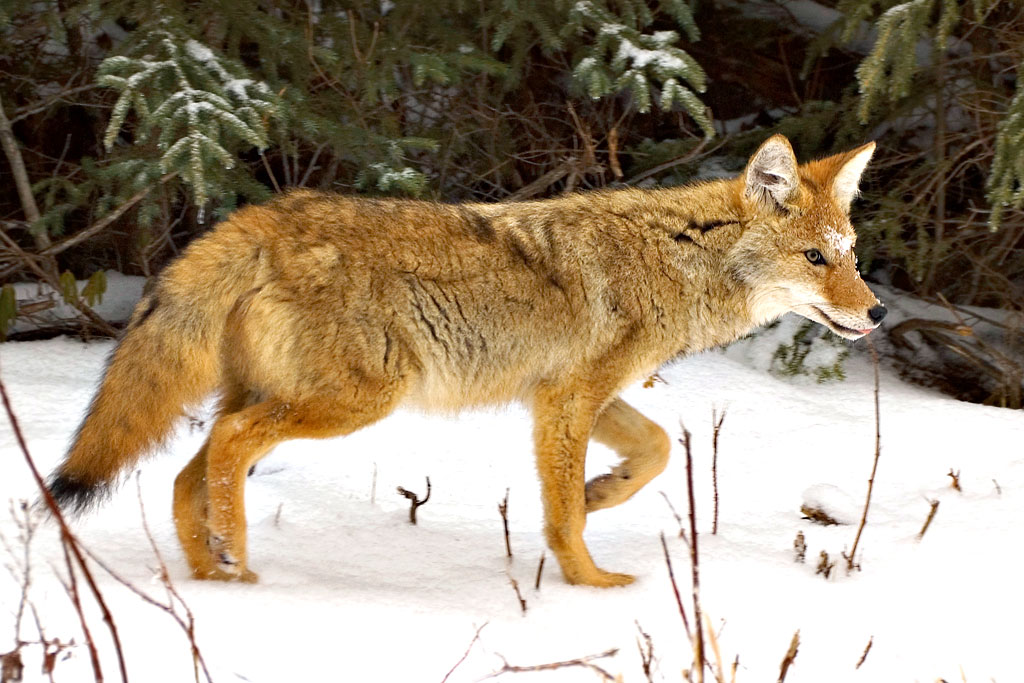 Recent incidents involving dogs and coyotes in the Cedarvale area have dog owners concerned about the safety of their pets.

In the early morning of Nov. 28, Patricia Pace was in the Cedarvale Park Dogs Off-Leash Area. with her dog Daisy, a border collie shepherd lab mix. Pace said a game of fetch brought Daisy to the edge of the fenceline, where she encountered coyote on the other side. Pace said Daisy barked at the coyote, and then three coyotes jumped the fence and went right for her dog.

“I’m telling you I’ve never seen coyotes like this. Their mouths were wide open and they had that pouncing stance, and they were staring at her, all of them, and I was just yelling at them,” said Pace, who said that unlike other coyotes she has encountered in the past, these coyotes didn’t seem to be afraid of her.

Daisy was able to outrun the coyotes and make it to the dog park gate after Pace put herself between her dog and the coyotes.

Similarly, on Dec. 6, dog walker Beata Bardi was walking on the path in Cedarvale Park with another dog walker when she heard what she thought was the sound of coyotes fighting. She soon realized a man standing on the trail had let his dog run into the bushes.

“The man is still standing on the trail and the other dog walker is saying, ‘Go in there. The coyote is able to kill your dog,’” said Bardi.

Bardi said the man ran into the bushes, and the dog later emerged bloody and scared.

“I’ve seen the coyotes before, but they keep their distance. I have not seen coyotes actually try to hurt a dog,” said Bardi, who described the dog as a large husky mix.

Nathalie Karvonen is the executive director with Toronto Wildlife Centre (TWC), an organization that participates regularly in coyote information sessions, including one last month after news that a dog was killed by a coyote in Topham Park.

“We’ve done a number of these sessions over the years in Toronto and other municipalities,” she said. “Sometimes it’s as a result of a particular incident, and sometimes it’s just trying to get ahead of that and give people information about coexisting with coyotes.”

Karvonen said that TWC tries to impress upon people that coyotes are native, wild animals doing their normal thing and don’t understand the difference between a rabbit, a cat, a groundhog or a chihuahua. Thus the onus is on the pet owner to avoid pet interactions with coyotes by exercising caution.

“If your small pet is going outdoors, you really need to be with your pet, supervising it,” said Karvonen, who said coyotes are generally scared of humans.

Although these latest two incidents involved medium- to large-sized dogs, Karvonen said the only time coyotes would be interested in larger dogs is during breeding season, if the coyote has pups.

“The most common instances where there has been a fight between a coyote and large dog, [it] has been initiated by the dog.”

Karvonen said education is the best way to coexist with coyotes, as they are unlikely to be going anywhere.

“I think that one of the things we really need to impress upon people is that, if there is an area that is a suitable habitat for coyotes, there will always be coyotes there for the foreseeable future,”

Pace agrees that knowledge is the best way to deal with living in proximity to coyotes.

“I know we just have to get the word out so people aren’t stupidly walking their dogs in places, and letting them off leash in the ravine,” said Pace, who has altered her behaviour and no longer visits the dog park in the early morning. She also has a suggestion.

“As for the dog park area, we’re in Canada: it’s going to get dark at 4:30 p.m. We know that. It’s very dark in the dog park. If they put up more lights, that could deter them.”