Chantecler rises from the ashes with new pop-up in Toronto | TRNTO.com
Skip to content 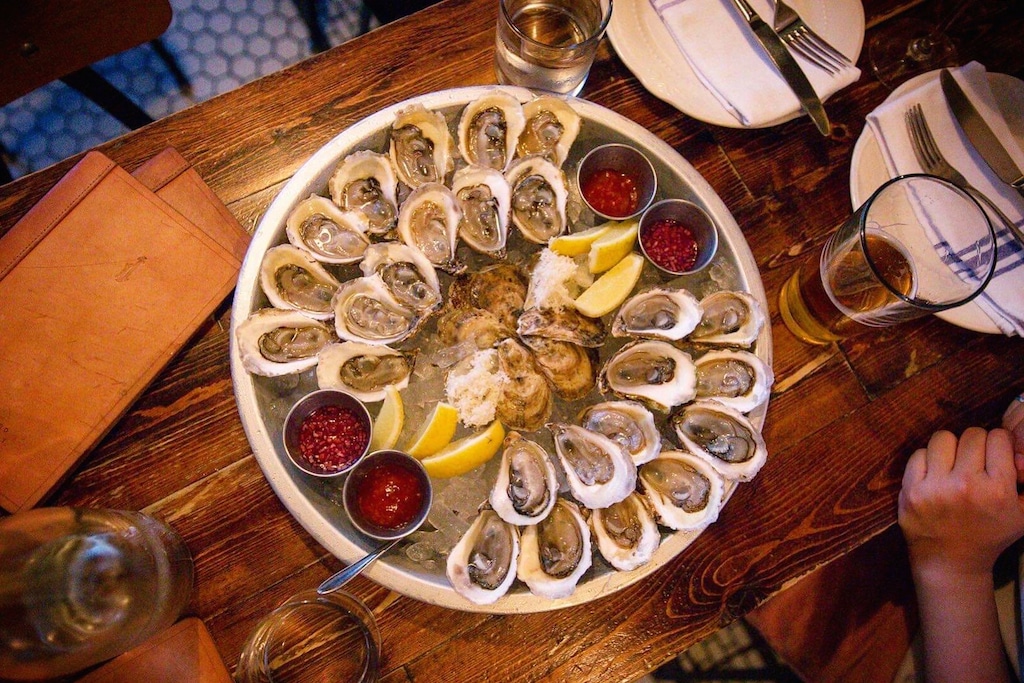 Toronto diners are no strangers to seeing their favourite neighbourhood spot go up in flames — literally.  In late November of last year, Parkdale’s beloved spot for French small plates and craft cocktails, Chantecler and its adjoining butcher shop Chantecler Boucherie, were closed due to damage from a three-alarm fire.

Chantecler Boucherie, which was just shy of six months since opening, reopened a week after the fire, but Chantecler is permanently closed for renovations until further notice.

For the time being, owner Jacob Wharton-Shuckster has decided to put his efforts back into the Parkdale community. He’s providing the Chantecler fan base with a place to feed their cravings while his restaurant undergoes renovations.

The new pop-up restaurant is aptly named Le Phenix and has opened right across the street from Chantecler.

For the next six months, until Chantecler is ready to reopen their doors, this restaurant will be Parkdale’s go-to spot for French bites, oysters and cocktails.

While the two restaurants are unrelated, chef Peter Robson is at the helms of the kitchen and is serving up some familiar dishes.

Le Phenix will be serving Chantecler’s famed steak tartar, which some might argue is Toronto’s best, their luxurious chicken pate, and of course that ooey-gooey French onion soup.

The new space has housed several restaurants including Small Town Food Co., Doomie’s and most recently IST Snack Bar; so it is kind of poetic that Le Phenix has chosen this location, considering the mythical bird really does rise from the ashes.

Chantecler, which first opened in 2012 as a joint venture from Jacob Wharton-Shukster and Jonathan Poon (Bar Fancy, Paris Paris, Superpoint), was lauded as the nouveau spot for French classics with an Asian twist.

The partnership eventually dissolved, though Wharton-Shukster managed to hold on to Chanetecler’s loyal fan base despite pivoting back to a more classic French fare.

Le Phenix pop-up is open daily from 6 p.m. to 2 a.m. and is closed Wednesday.