Charles Khabouth to open Amal, a Lebanese restaurant in Yorkville
Skip to content 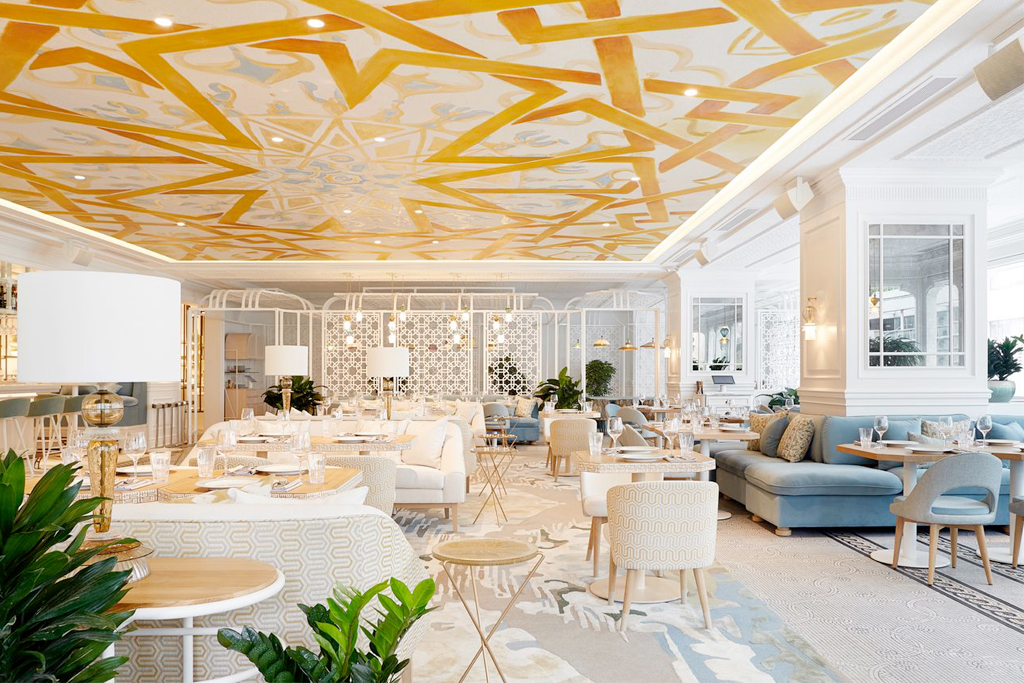 Charles Khabouth and Danny Soberano are not letting a pandemic slow them down. The duo behind some of the city’s most popular restaurants recently announced the opening of Amal, a modern Lebanese restaurant at 131 Bloor St. W., with a second location opening soon in Coconut Grove, Miami.

Amal (pronounced: am-elle) is a traditional Arabic name meaning hope and the venue will put the spotlight firmly on the culture, food and people of Lebanon; something close to Khabouth’s heart. Last year, Khabouth, who is Lebanese-Canadian, travelled to Lebanon with INK executives so the team could immerse themselves in Lebanese culture. As such, everything from the décor to the dishware has been handpicked and imported from Lebanon.

“As a Lebanese-Canadian, I take great pride in offering an authentic dining experience at Amal,” says Khabouth. “My wish is that we tribute the people of Lebanon in a positive way and continue to bring awareness to the amazing yet challenged country, especially during this time of need. The Lebanese are such passionate and hospitable people, with deep love for family and celebrating life together. We plan to honour this way of living with Amal in Toronto.”

At the helm of the kitchen will be Beirut-born executive chef Rony Ghaleb, who moved to Toronto from Beirut in 2019. Ghaleb brings with him extensive experience, having worked at some of the most well-regarded hospitality venues in Lebanon, including the Four Seasons Hotel in Beirut.

Amal’s menu will serve dishes influenced by the different civilizations that held power in the region and feature elevated Lebanese dips, cold and hot meze, skewers, sharing platters and more. The menu will also include a selection of arak, the traditional spirit of the Middle East.

In addition to highlighting Lebanon’s cuisine and culture with Amal, INK’s CEO has also pledged to help the country in response to the recent tragedy in Beirut. Khabouth (along with other prominent Lebanese-Canadian business leaders) have formed the Lebanese Canadian Coalition (LCC) to support relief efforts to re-build Beirut. The coalition has committed to fundraise $2.5 million, with all proceeds donated to the Humanitarian Coalition and the Canadian Red Cross, and will be used specifically for relief efforts in Beirut.

With space for 155 guests inside and 62 guests outside, Amal will open its doors to the public on Tuesday Aug. 18, with a reduced capacity in accordance with guidelines set out by local health officials to ensure safe social distancing.