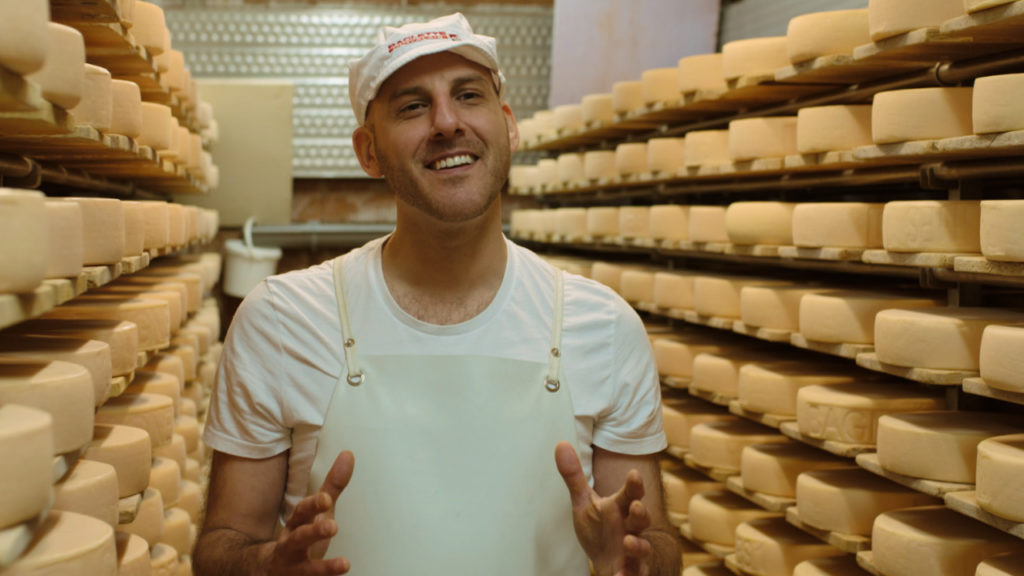 Afrim Pristine, owner of the Cheese Boutique and the world’s youngest Maître Fromager, is setting off on a dairy lover’s dream mission in a new food travel docu-series debuting on Food Network Canada next week.

The six-part series, Cheese: A Love Story, sees Pristine meeting farmers, cheesemakers, chefs and other cheese experts and diving into the different ways this much-loved food is prepared and enjoyed around the world. “Really something that was evident in my travels is that cheese is eaten everywhere,” says Pristine. “Everybody loves cheese one way or the other.”

In the first episode, Pristine journeys to Switzerland to dig deeper into the culture of classic cheeses like gruyère and fondue, while also learning about the modern ways the Swiss are evolving the traditional art of cheese making.

“The way I approached being the host of the show was half cheese expert and half cheese lover. I know what questions to ask because I’ve been asked these questions my whole life,” says Pristine. “It’s very fun. It’s educational. It’s almost a bit of an anthropological look at cheese.”

“It’s very loosely scripted. I go and meet a cheesemaker and the discussion is natural because this is what we both do,” says Pristine. He says that each episode is remarkably different, reflecting the vast diversity of cheesemaking in countries across the globe.

“There’s a lot of never-before-seen cheesy goodness, which I’m proud of,” Pristine says, explaining that the series captures behind-the-scenes perspectives on many cheese farms and aging rooms on camera for the first time.

“What I really want to come out of this show is that people see what I see. That it’s more than just a tasty food. I want people to really understand and respect cheese for what it is: it’s an art form,” he says. “Cheese awareness has never been higher. I think we’re really ready and craving a show like this.”