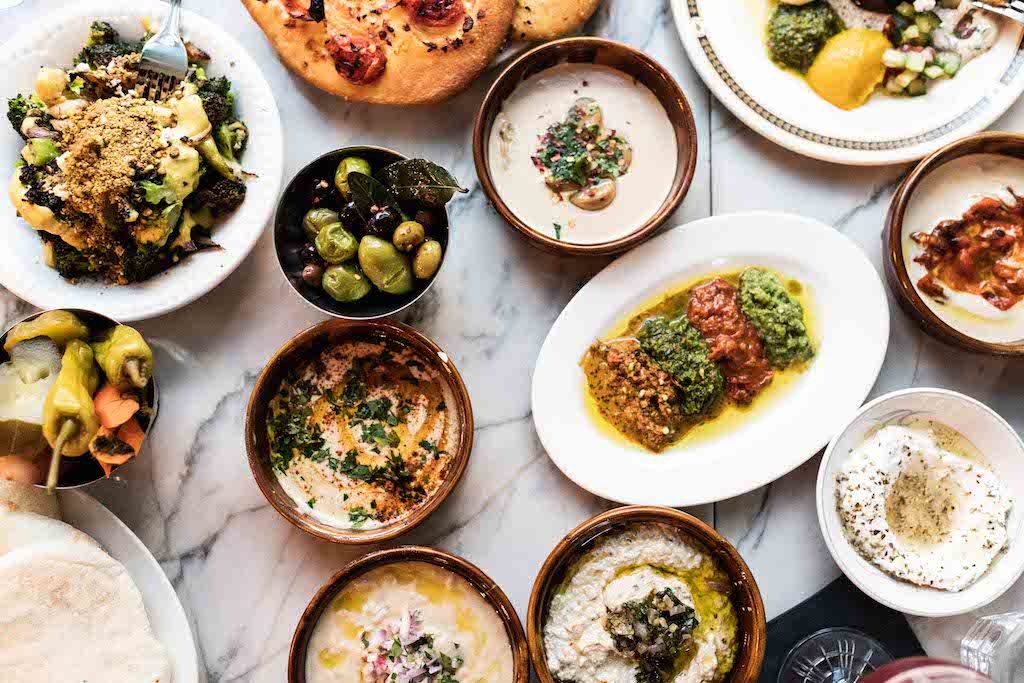 Fet Zun has replaced Bar Begonia in the Annex. This isn’t the first time that co-owners Anthony Rose and Robert Wilder have remade a restaurant. Earlier last year, they turned Rose & Sons from a diner serving up nostalgic food to a full blown delicatessen, and in the past few years, the duo has been slowly adding more Middle Eastern and Jewish concepts to their mini restaurant empire.

“We kind of wanted to dive deeper into who we were as restaurateurs, myself and Rob,” says Rose on closing Bar Begonia. “We loved Bar Begonia; it was a very good restaurant and we had amazing people here, but we just wanted it to be more personal. All of our restaurants have a story, a background and have a [personal] meaning. Bar Begonia didn’t really have that,” he adds.

Not much has changed at Fet Zun, as the bulk of the Bar Begonia team stayed on. It’s a little brighter, and a little louder. Chef de cuisine Michael Sarino has taken over the kitchen, which was a natural fit seeing as he came over from Fat Pasha — Rose and Wilder’s other Middle Eastern restaurant just two blocks down.

The Fet Zun menu is comprised mostly of dishes that can be eaten sans utensils. An extensive list of mezes (all $6.99) include dishes like dukkah (a dip made of pistachios, cumin, black and white sesame, coriander, black pepper and maldon salt with a healthy dose of olive oil), which is a mix of sweet and savoury and one of Rose’s current favourites.

There’s a plate simply and cheekily called “spicy things,” which features four dips including a jalapeno and mint compote, a red and green schug (a Yemeni hot sauce) of cilantro and chilies and hanif, a mix of dark spices like smoked paprika, aleppo pepper and cayenne. The massbaha is akin to hummus but its base is lima beans in lieu of chickpeas. There are house-made pitas ($1.49) and a choice of za’atar or sesame flatbread ($3.99) that are tasty vessels for all the dippable, spreadable mezes.

On the vegetable side of things, the sabich plate ($18) is Rose’s take on a traditional pita sandwich, here reimagined as a platter topped with an egg, fried eggplant, chopped salad and fries and a creamy tahini. Perfect for sharing, and plenty as a meal for one.

For drinks, Mike Tanchuk (formerly Bar Begonia) has a list of classic cocktails with a Middle Eastern twist, such as the pomegranate pisco sour. There’s also a za’atar fizz made with vodka, arake, za’atar syrup that is strained over ice with muddled cucumber then topped with soda and a sprig of mint.

Those looking for non-alcoholic beverage options can find solace in the fresh juice program.

There is a shortlist of desserts (all $9) including the fat son sundae, pita doughnut and apple cake. Brunch is served on weekends, although a more dedicated brunch menu is on the works. Rose says that brunch in Israel and the Middle East is just second nature, meaning the usual foods you’d find for lunch that become brunch staples — basically “things like this [the menu] with an egg on it.”

We doubt this will be the last building block as the Wild and Rose empire continues to expand with Jewish and Middle Eastern eats.