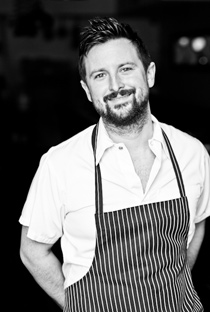 In the short while that chef Matthew Sullivan was at Maléna, he revitalized the menu with some ambitious cooking and some of the best ingredients Ontario has to offer. It wasn’t long before owners made him executive chef at their other restaurant, L'Unità, as well. But just a few months after unveiling his first new menu at Maléna, Sullivan has informed us that he’s no longer affiliated with either restaurant, and is currently planning on resurrecting his pop-up concept, Boxed.

Sullivan wouldn’t get into the details of why, exactly, he’s no longer working at the two highly-regarded restaurants, only that he thinks it’s a positive move overall. He doesn’t have another kitchen waiting in the wings as of yet, but he has secured space at a Dundas West location to host his next Boxed series in February. The plan is to host around six dinners, which will be rather intimate at about eight-10 people apiece.

Still under 30, and having worked at several high-profile kitchens around the world (he’s been a stagiaire at The Fat Duck in England and Gramercy Tavern in NYC), it will be interesting to see where Sullivan appears next. In the meantime, Alex Bruveris and Mike Angeloni are heading up the kitchens at Maléna and L'Unità respectively (each of them acted as chef de cuisine under Sullivan).