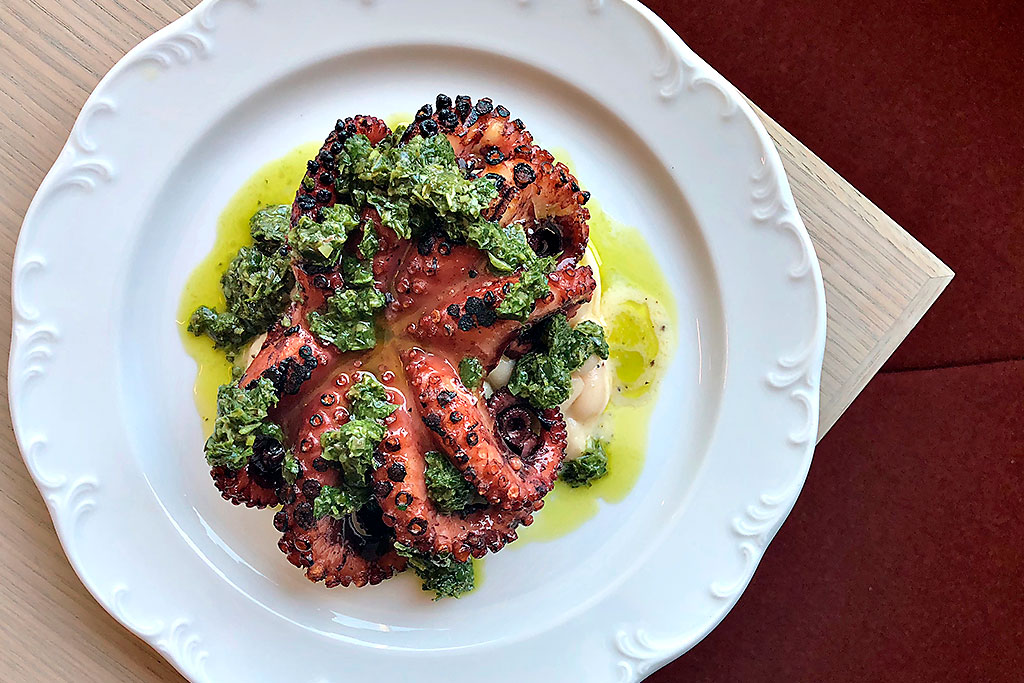 Giulietta will soon be bringing its wood-fired pizzas, housemade pastas, and other thoughtfully-executed Italian eats into our at-home lives. The much-lauded Dufferin Grove restaurant is set to reopen for pick-up and delivery through Uber Eats, Tock, and phone-in orders this Friday.

Like many restaurants that have been gradually debuting takeout programs amid the pandemic, the Giulietta team has taken the past two months of closure to strategize.

“A lot of people did it [takeout] right off the bat but we decided let’s wait a minute and see what we can do that’s going to be the most effective,” says Giulietta chef and co-owner Rob Rossi.

He adds that the past eight weeks have also given the team time to learn from the examples set by other restaurants on how best to adapt.

Although Giulietta’s takeout program will include a small selection of a la carte dishes, Rossi is most enthusiastic about the restaurant’s new meal kits.

“This should be a good seller because I think people are passed just ordering food and eating at home. I think it’s boring,” says Rossi. “A lot of these classic pastas are very easy to do, so it’s a good opportunity for people to learn a little bit.”

The meal kits also give Rossi a way of serving popular dishes that wouldn’t necessarily travel well for takeout. Cacio e Pepe, for example, will be available as a meal kit because Rossi says it works much better when it’s prepared fresh at home. “It’s one of those dishes that you’ve got to make it and eat it [right away],” he says.

The new takeout menu will also include fully-cooked dishes made to be reheated on the grill at home, such as octopus, along with pizzas and salads.

In addition, Giulietta’s takeout launch will see the restaurant selling its housemade pastas directly to customers for the first time. Pasta will be included in the meal kits, but will also be available for sale separately.

Rossi says that customers have been asking to buy Giulietta’s fresh pasta since long before the pandemic. He anticipates this element of the takeout program might even continue after the dining room is able to reopen if sales prove strong.

Rossi says his main motivation for launching takeout was to get his staff working again. “Let’s face it: I don’t think any restaurateur right now is looking at their takeout program and saying ‘wow, this is going to be lucrative for us,’” says Rossi. “I have a fully functional, was-super-busy restaurant. It’s got to get back a little bit of what it was.”

The pandemic has also put the opening of Rossi’s upcoming new restaurant, Osteria Giulia, on hold. Originally slated to open in May, there’s now no definite timeline for its launch.

“There’s no point in opening a brand new restaurant in the middle of a pandemic,” says Rossi. He adds, however, that work on Osteria Giulia is continuing, so the restaurant will be ready to open its doors as soon as the timing is right.

Although Rossi acknowledges that it’s a dark time for restaurants, he’s optimistic that the industry will ultimately find a way to move forward.

“It’s going to get back to normal, and when it does, I think that restaurants will be poised for a good return because a lot of people still love eating out,” says Rossi. “I don’t think that people will allow restaurants to completely disappear.”