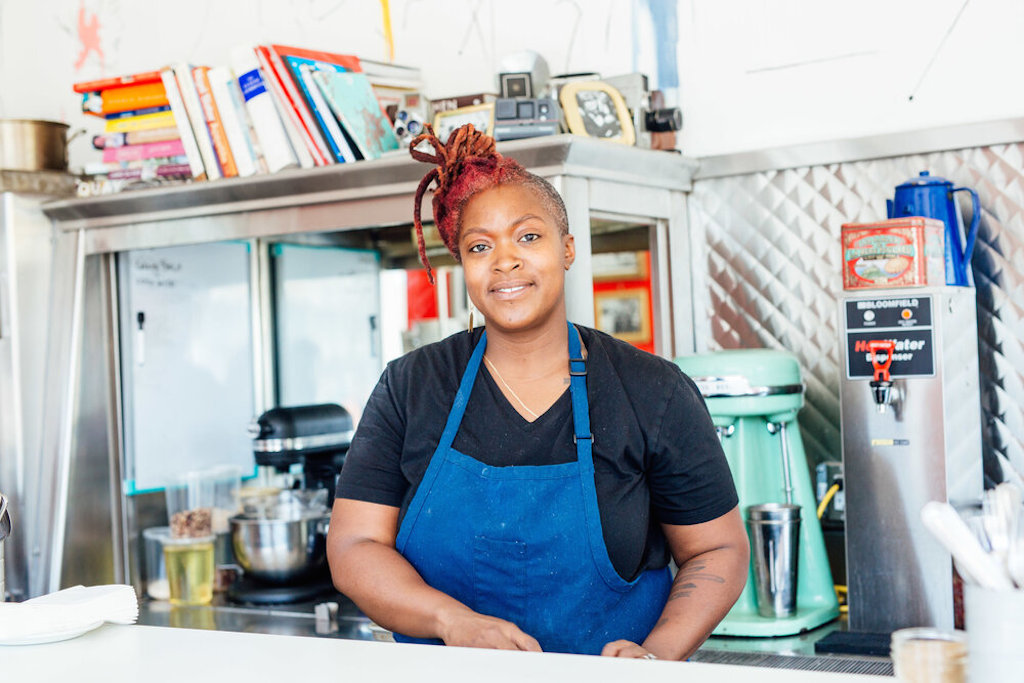 Chef Suzanne Barr announced late Friday evening that True True Diner is officially closed and will not be reopening as planned for post-COVID operations.

The news of this popular spot’s closure will surely come as a surprise to Toronto diners who have spent the past year falling for chef Barr’s Afro-Caribbean diner, but the news also comes as a disappointing shock to chef Barr and her team.

“We didn’t want to close our doors,” announces Barr in an official statement made on her website and Instagram page late Friday night. “The decision was made for us by partners who intentionally kept us in the dark.”

True True Diner was founded in the fall of 2019 to not only honour the role of the diner as a meeting place and protest space at the heart of civil rights movements in Canada and the U.S., but to set an example of the business ethics Barr wanted to see in the restaurant industry. All members of staff were paid living wages above the governmentally mandated minimum wage, tips were split equally between all teammates, and mentorship was a guiding principle as students from George Brown College, newcomers to Canada, and nascent Toronto chefs were hired to learn from one another and work alongside experienced professionals.

Due to COVID-19, True True temporarily closed its doors in March, all the while preparing for a reopening at a time when it was safe and feasible to do so. According to Barr’s statement, her plans to reopen were ultimately futile, as her business partners did not have similar plans from the start.

“During the pandemic struggles,” Barr writes, “our white privileged partners got a big slice of that hand-out pie and didn’t even think to offer us a bite. We tried so hard to keep this business going with pitched plans of innovative and meaningful pivots. We were turned down at every opportunity by our partners.”

While Barr is currently keeping the details of what happened and the names of those involved private, her official statement calls out a pattern of the systematic disenfranchisement of BIPOC owned and operated businesses in the restaurant industry and beyond.

“I want to speak to the bigger picture which I see clearly now,” Barr writes. “Unbeknownst to me, True True Diner never had a fighting chance. I am not just speaking to my business. I am calling out the injustices that continue to plague Black and Indigenous owned and operated businesses. Our small businesses are no match for the toxic and biased systemic structures that can legally and quite easily dismiss everything we’ve worked so hard to build. […] This theft of power is shared by so many folks that look like me.”

As Barr concludes, she offers readers actionable items to move forward with as they hear the news of True True Diner’s abrupt closure.

“This is a call to action to all our brothers and sisters and allies,” writes Barr. “Contact your local governments and call out these injustices. Support all Black, Indigenous, POC and LGBTQ businesses. Call out companies that use and abuse corporate law and financial institution gains.”

Barr’s statement also hints that there is much more to come from her despite the closure of True True. Barr has made a name for herself throughout Canada and the U.S. thanks to her culinary prowess and passion for social advocacy. She has stood at the helm of many beloved Toronto restaurants: Barr was the first chef-in-residence and later the executive co-chef at the Gladstone Hotel, the owner of the former Saturday Dinette, and, before opening True True, the head chef at Avling.

“[True True Diner] was so much more than just a restaurant,” says Barr on Instagram. “[It was] a safe place where we celebrated and lifted Black chefs and others who deserved to be seen.”

“Although True True Diner is closed, this is just the beginning. The TRUTH will never be closed. #BlackLivesMatter.”

The partners of True True Diner did not respond to requests for comment by the time this article was published.