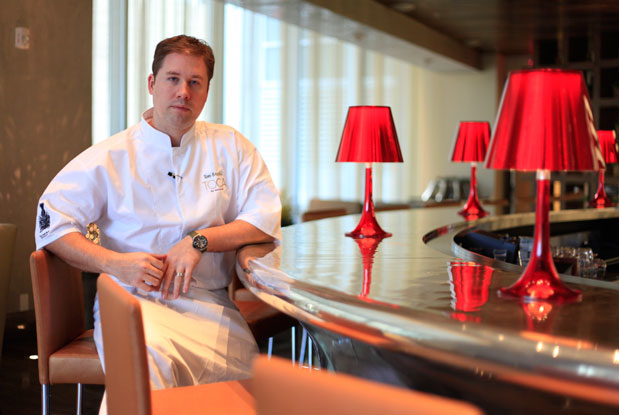 Last February, TOCA opened its doors at The Ritz-Carlton Hotel, riding on a tidal wave of high expectations. At its helm was acclaimed chef Tom Brodi, whose 10 years at Canoe, the big daddy of Toronto fine dining, had left foodies salivating with anticipation over his newest venture.

The Ritz-Carlton, too, seemed more than prepared to vouch for the success of the pairing. As the full name of the restaurant — TOCA by Tom Brodi — would indicate, everyone expected the marriage between chef and venue to be a long and fruitful one.

And yet, just over a year later, Brodi and Toca have parted ways. On Twitter last Friday, Brodi announced his resignation:

The rumors are true. I resigned 3 weeks ago from TOCA by tom brodi and my last day is May 26th. Thank you to everyone for your support.

While Brodi’s departure certainly comes as a surprise, some warning signs have been in place for a while. Despite early buzz, reviews of TOCA were lukewarm. As Joanne Kates wrote in her April 2011 Globe and Mail review, TOCA suffered from “a consistency issue,” adding, “If the Ritz is gonna put on the ritz, they had better mind the details. Pronto.”

When asked to comment on his resignation, Brodi told us that “the vision of the hotel — what the hotel wanted — was different than what we started out with.”

The future of both TOCA and Brodi remain uncertain. Ritz-Carlton PR representative Melanie Greco tells us that they have not yet found a replacement chef, while Brodi himself says that, apart from a few little things, he has no major plans on the table.

For now, we can only hope that both TOCA and Brodi are able to rebound from this untimely separation, and that each will go on to find more compatible bedfellows.