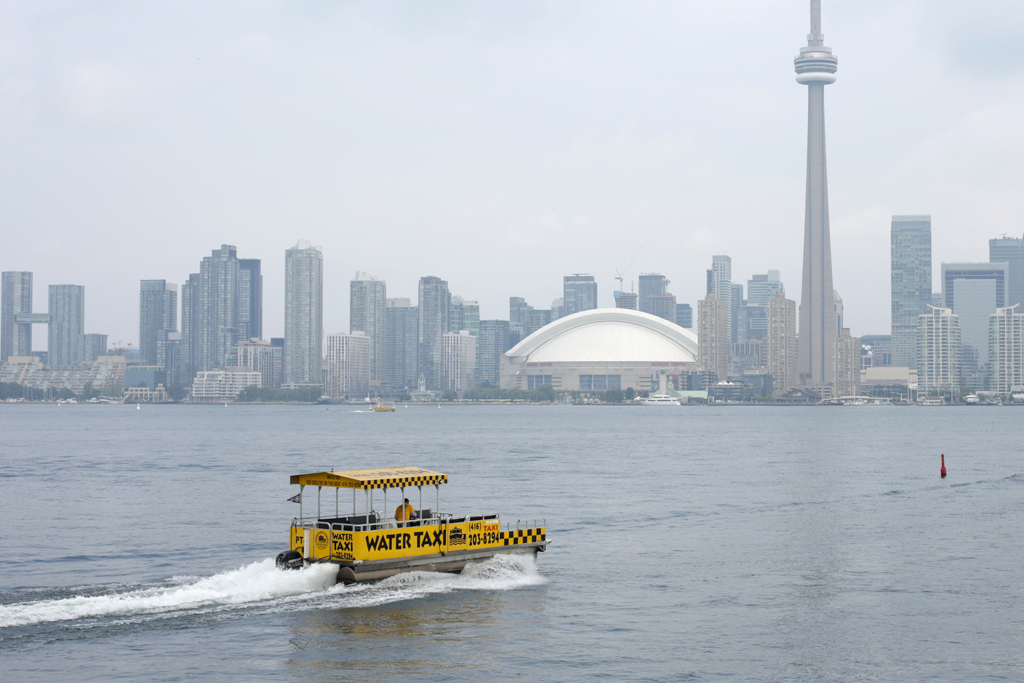 A concerned group of citizens is pushing back after a Marine Use Strategy update by Waterfront Toronto recommended launching a feasibility study to connect various waterfront locations, including Cherry Beach, via public marine transport such as water taxis.

Waterfront Toronto, in collaboration with the City of Toronto, Ports Toronto and the Toronto Regional and Conservation Authority, is updating the Marine Strategy and Implementation Plan for Toronto’s waterfront. The previous version was released in 2006.

A draft of the final report, released in October, recommends studying the feasibility of a sea bus system on the waterfront, with the objective of researching vessel types as well as projecting passenger numbers for a series of proposed marine nodes. Proposed nodes include Ontario Place, the Leslie Street Spit/Tommy Thompson Park, and Cherry Beach. The draft report also recommends evaluating the nodes as potential stops for private water taxis.

“The proposal to bring water taxis into Cherry Beach will significantly impact safety for swimmers, beachgoers and water sport enthusiasts,” said Ayesha Rollinson, a member of the Save Cherry Beach Citizens Group in a written statement.

According to the statement, the group includes more than 100 citizens from all walks of life and areas of Toronto who use Cherry Beach for leisure activities, including Rollinson who is the head swimming coach for triathlete club Team Atomica. The group fears the introduction of ferries and water taxis to the area will make the beach significantly less safe for swimmers and those participating in non-motorized water sports such as canoeing and kayaking.

“We are hoping the Waterfront Toronto project could expand the beach and its facilities to improve access for everyone,” said Rollinson.

Waterfront Toronto conducted virtual public information centres (pre-recorded videos discussing the Marine Use Strategy Update) and solicited feedback via an online survey from Oct. 26 to Nov. 9. Save Cherry Beach Citizens Group believes the short survey period and the length of the report prevented a broad input from Toronto residents on how the proposed initiatives would affect their enjoyment of the beach. The group has stated it is committed to working with Waterfront Toronto to develop the best possible plan for the beach and the surrounding area.

“We sincerely hope that Waterfront Toronto will understand our position and support our cause,” said Rollinson.