Chick-fil-A is coming to Yorkdale Mall | TRNTO.com
Skip to content 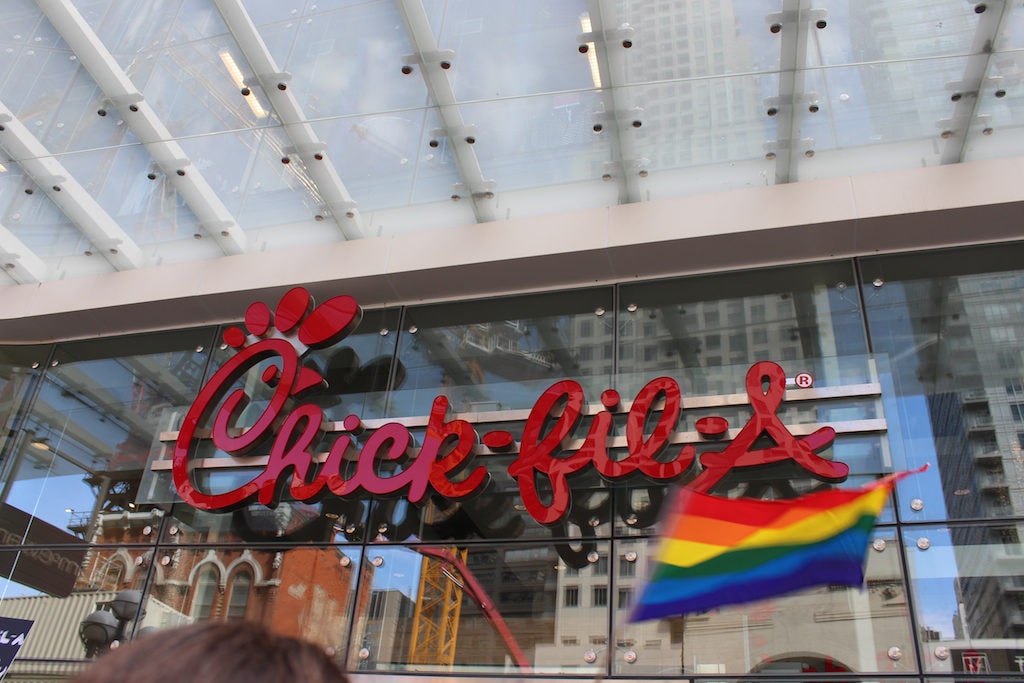 It looks like Chick-fil-A is preparing to open a second Toronto location in Yorkdale Shopping Centre after a recent job listing was posted online.

The controversial, yet widely popular fast-food chain specializing in chicken sandwiches opened a location in Toronto this past summer, and customers are still lining up. The company’s announcement that it would open three locations in Ontario was celebrated by some and protested by others. Many Torontonians are displeased with the company over animal rights issues as well as the continued support of anti-LGBTQ causes.

When the first store opened its doors to the public at Yonge and Bloor, the massive lineup of customers was equalled by a large contingent of protestors.

Recently, the BBC reported that Chick-fil-A’s first UK franchise was threatened by protests, as the landlord said he would not renew the restaurant’s lease. Since then, Chick-fil-A has ended their donations to Fellowship of Christian Athletes and Salvation Army, both of which take controversial stands against same-sex marriage and LBGTQ rights.

The decision to change their charitable efforts is a big step for the company, although CEO Dan Cathy’s family foundation, Focus on the Family, continues to oppose LGBTQ rights.