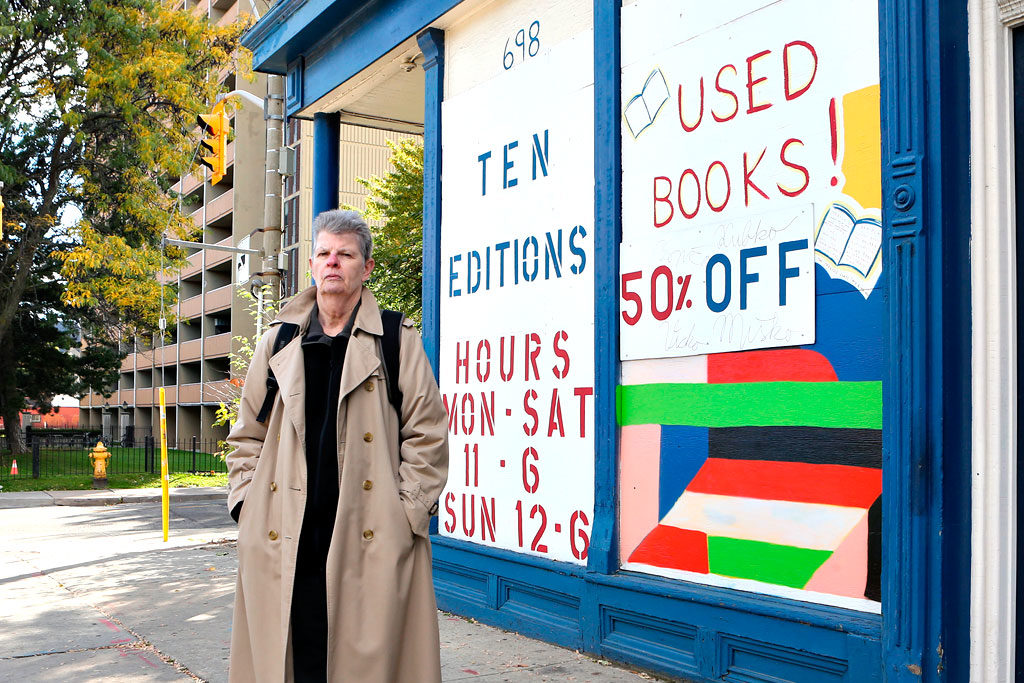 Local residents, city staff and the University of Toronto (U of T) are at odds over whether the Ten Editions bookstore in the Annex is worthy of heritage designation.

U of T’s plan to demolish the building on the northwest corner of Spadina Avenue and Sussex Avenue and build a 23-storey student residence with 549 units, was stalled when Toronto City Council stated its intention to designate part of the property on the City of Toronto’s Heritage Register under Part IV, Section 39 of the Ontario Heritage Act in March.

Now, U of T has chosen to contest the designation at the Conservation Review Board (CRB)  in November.

Christine Burke, director of the University of Toronto’s campus and facilities planning, said U of T’s St. George campus alone has 80 listed or designated buildings.

“We absolutely support heritage designations where it’s appropriate,” said Burke. “The recommendations from our heritage consultants was that [the Ten Editions building] didn’t seem to contain enough design or contextual value to warrant the heritage designation.”

The three-storey building at 698 Spadina Ave. was built in 1885 and has been a grocery store, a laundromat, and, since the 1980s, the Ten Editions bookstore.

Sue Dexter, a board member of Harbord Village Residents’ Association, would like to see it preserved. The group was granted party status at the CRB.

According to the city staff report, the building “is an example of a late 19th century corner-store building type designed with a high degree of craftmanship in the late Victorian style.”

Councillor Joe Cressy, of Ward 20, Trinity-Spadina, said there are also other issues outstanding for the proposed residence.

“The height far exceeds what is allowed in that area, so that’s a major concern,” said Cressy, who added that zoning allows for approximately six storeys.

U of T also recently appealed the zoning bylaw amendment to the Ontario Municipal Board (OMB). A prehearing is set for January 2018.

“It’s now a legal fight.… We had spent many years working to find common ground. My preference was always to find a way to build a more appropriate student residence,” said Cressy.

After three years of consultation, Burke said the process was taking too long.

“The university is seeking to resolve the CRB appeal together with the OMB appeal, sort of as a comprehensive settlement,” she said.