In the battle to recycle, cities are struggling the world over - TRNTO.com
Skip to content 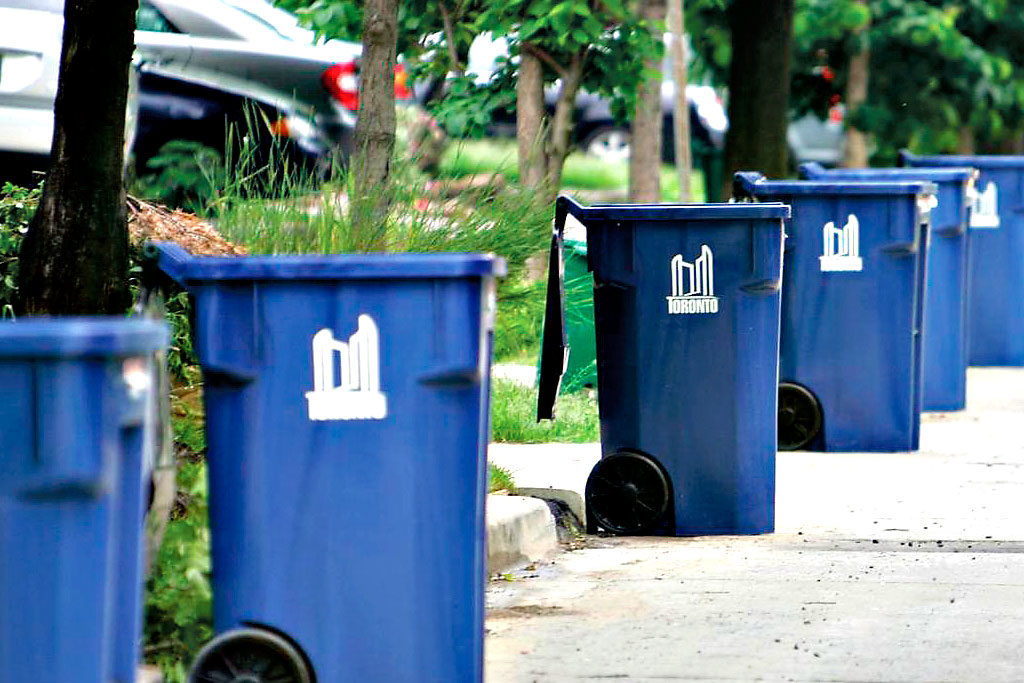 Here is a quick recycling quiz for our readers. Into which recycling vessel does a greasy pizza box get thrown? What about a plastic produce bag?

Full disclosure, I flunked that first question, the answer is the green bin. Plastic produce bags go in the blue bin. Luckily I haven’t received a garbage citation as of yet, but I am sure one is coming. The recycling rules keep changing, and it is becoming harder to keep the blue bin police happy.

The recycling industry is undergoing a massive shift and the impacts are being felt in the city. The biggest buyer of recycled goods is China, and that market is cutting back and becoming much more particular about what it will accept.

Coffee cups still go in the garbage bin, while the lids go in the blue bin. Jars of peanut butter need to be cleaned before they can be accepted into the blue bin or risk contaminating all of the other recycled materials.

Some of the instructions have become so counterintuitive, such as the greasy pizza box in the green bin, that many are innocently running afoul of the recycling laws.

Currently the city’s curbside pickup recycling contamination rate is more than 25 per cent. People leaving too much food in jars, or trying to recycle black plastic or other unwanted materials makes a mess of things.

So, the city has to wrestle with whether to clean recyclables or send them to the landfill, which drives up costs.

In some American jurisdictions, residents are still asked to sort garbage, but it all goes to the landfill or a waste-to-energy facility. The applied logic is that people feel good about recycling but don’t really know, or care, what happens once the garbage truck drives away.

Ontario is going the opposite direction in its recycling mission.

The current plan is to recycle more products, ban others from production and eventually get to a zero-waste solution that does not include incineration.

Although most of us consider garbage a nuisance to be taken to the curb once a week, the reality is that garbage is very political.

Environmentalists rightly believe that garbage and overconsumption represent a serious threat to the planet and the only solution is a zero-waste, sustainable system. Others believe that garbage is a resource that can be used to generate power and relieve some of the pressures on the current grid. For others, it is a profit-making business.

The next few years will be very interesting as the city tries to figure out how to deliver one of the most basic municipal services, which is to pick up the trash.

The debate about whether to outsource the collection of garbage is being replaced by what we are going to do with it.

Although a waste-to-energy solution may be the most pragmatic, it is a political non-starter because there is, so far, no community willing to host such a facility in Toronto.

Meanwhile, the market continues to be flooded with recyclable materials at the same time that there is less demand for those materials.

In addition, many goods have more and more packaging to meet food safety standards, anti-theft measures or to simply protect the product during shipping. Although people feel strongly about recycling, there are limits to how much time they can reasonably spend cleaning and sorting their garbage before throwing it away.

There are also limits to how much people are willing to spend on finding creative garbage solutions.

As part of its zero-waste strategy, the City of Vancouver has banned straws, foam takeout containers and single-use plastic bags. The bylaw also restricts disposable cups.

As the costs of waste management continue to rise, the City of Toronto will likely try similar tactics.