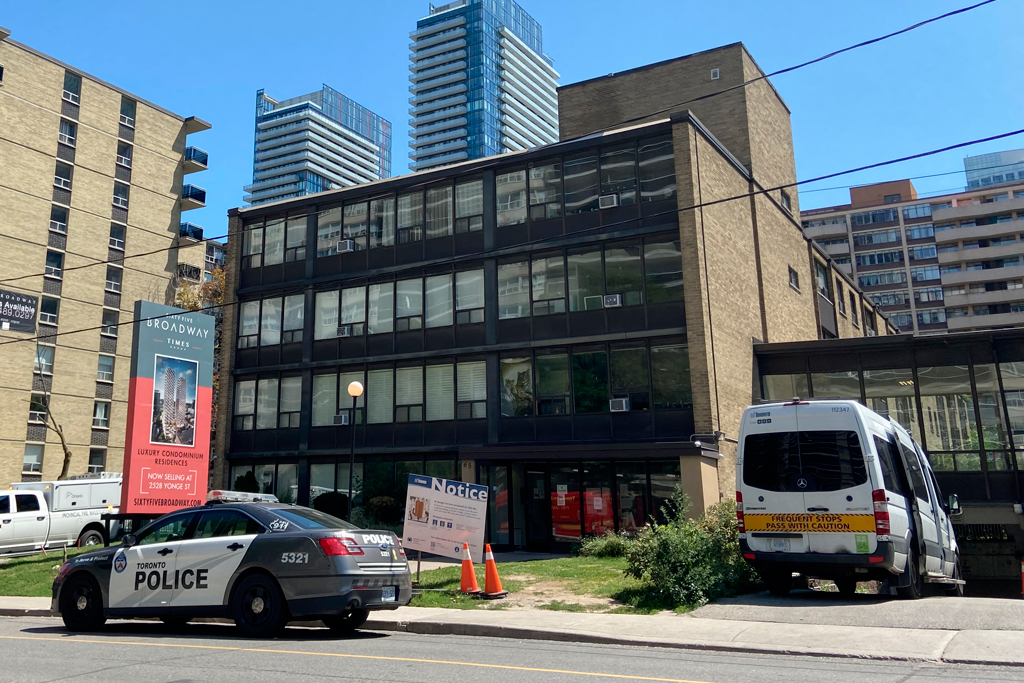 Amidst the COVID-19 pandemic, the City of Toronto moved quickly to house vulnerable people in the city experiencing homelessness. They did this in a number of ways, one of which was to lease unused space in old apartment buildings and a former hotel in midtown Toronto near the corner of Yonge and Eglinton. It has not gone entirely according to plan, as several incidents of late have added to an already tense relationship between the homeless shelters and local residents of the surrounding neighbourhoods.

This week, after local city councillor Josh Matlow, had already scheduled a virtual public meeting on Aug. 19 due to concern from residents over issues relating to the shelters, a city worker was stabbed at 55/65 Broadway Ave. on Aug. 4. Two days later on the afternoon of Aug. 6, there was a fire at 65 Broadway Ave.

This afternoon, Toronto Fire Services responded to a fire at one of the City of Toronto’s interim housing programs, located at 65 Broadway Avenue.

Today, the City of Toronto issued a statement addressing the growing concerns regarding the spaces.

“The City recognizes that these incidents, along with other unacceptable incidents in the community, are upsetting to residents and businesses,” a statement read, in part, before outlining the next steps being taken in response to the situation.

“The City has taken a number of steps to address concerns at both sites by increasing community safety teams, Toronto Police patrols and holding clients accountable for disruptive behaviour that puts others at risk. City shelters maintain conduct expectations for all clients. When clients fail to comply with expectations, they face appropriate consequences, including forfeiture of their spot in that location. The City will continue to monitor the situation and take further action as required.”

In the information provided, the city outlines a number of additional steps including the creation of outdoor spaces to allow the homeless shelter residents to spend time outside without having to do so in front of the buildings.

We are going through a pandemic, along with a housing and opioid crisis. This cannot be ignored and we cannot succumb to fear. We also must expect that community safety be fully and immediately addressed by the City. Please see my update here: https://t.co/H5tkI3Og0T https://t.co/Ya7wAUDzq0

There are also additional safety measures being implemented at the homeless shelters including the following: