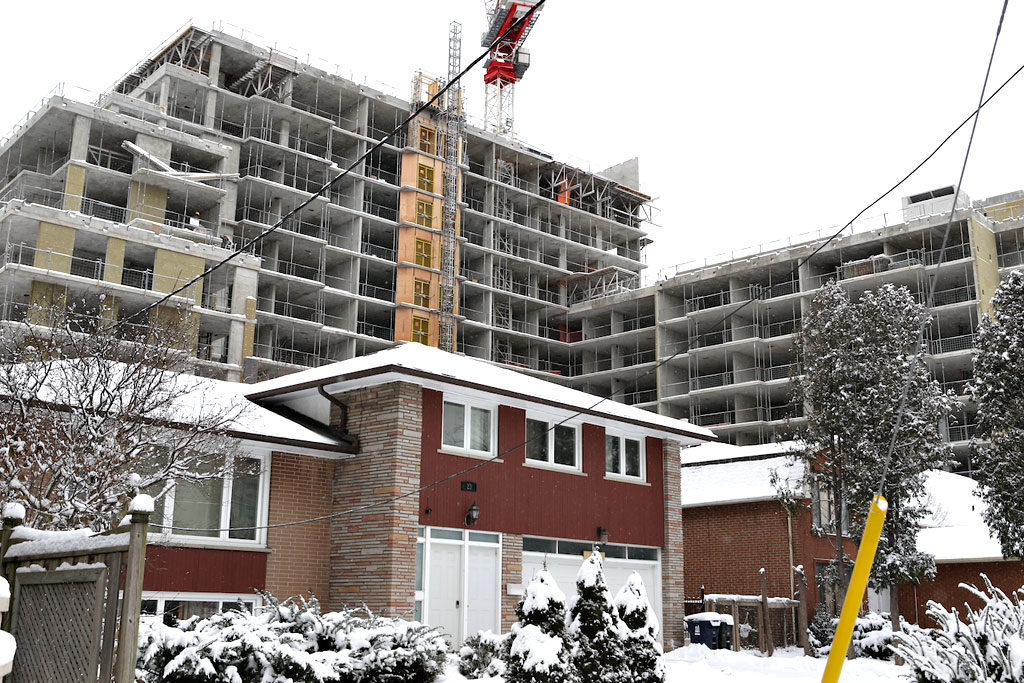 Two Barberry Place residents may lose their homes as the city moves to make way for a new road connecting Rean Drive and Kenaston Gardens near Bayview Village.

Action for the expropriation of the properties at 13 Barberry Pl. and 23 Barberry Pl. off Sheppard Avenue East was approved by Toronto City Council on Dec. 7. The homes had been marked for expropriation back in 2015, to facilitate a new east-west road that will improve traffic flow and pedestrian connections as part of the Sheppard Avenue East subway corridor secondary plan.

Councillor David Shiner, of Ward 24 Willowdale, explained the next steps in the process.

“If the [homeowners] decide they don’t want to sell … the city will take action to expropriate, which they’re permitted to do. And there will be hearings over what the value is that will assess the appropriate value of the site. Then the city will take ownership.”

A City of Toronto report last October stated that the city’s real estate staff had been in discussions with the homeowners in an attempt to purchase the properties.

“While the properties both continue to be listed for sale on the MLS, neither of the property owners is willing to entertain the city’s offer to purchase at the current appraised value as they have indicated that they expect to receive greater compensation from a developer,” reads the report.

Myung Jik Bae lives at 23 Barberry Pl. and is also the broker for both properties.

Bae said 23 Barberry has been his primary residence for six years and his parents live right next door.

He said City of Toronto’s Real Estate Services had reached out with offers to purchase his property by email in 2015 and by phone in October 2017.

“The offered prices were significantly low with respect to the fair market value,” said Bae.

He would not disclose the actual purchase price offers.

The city’s real estate services confirmed offers were made, stating, “Discussions were held with both homeowners as to the fair market value purchase price … but an agreement could not be reached on the price.”

Most of the buildings on Barberry and the connecting streets are multi-storey residential condo towers, such as the Chelsea, Rockefeller and N.Y. Place, among others such as the Amica seniors’ building, surrounding the few detached, single-family homes left on Barberry Place. With developers keen on the area, Bae said he expects his property to be valued upwards of six million dollars.

Bae claimed he has been approached by property developers in the past and had an “offer on the table,” but declined to name the potential purchaser or disclose details.

Shiner said this has been in the works for years, and the through road is “85 per cent built.”

“The offered prices were significantly low with respect to the fair market value.”

He said it’s a safety issue to have an incomplete road because the city can’t maintain it until it’s finished. He cited problems with emergency vehicles not having quick access to the area’s seniors’ residences.

Shiner said that the plans were publicly available and therefore shouldn’t come as a surprise to homeowners.

“The plan for the New York Towers area was developed close to 17 years ago. There’s a public document that shows there’s a roadway in that location,” he said. “If you’re a real estate agent or anyone that lives in the area, you’d look at the city plans and see … those two [properties] are part of a road network.”

Although Shiner said that many of the developers building on Rean, Barberry and Kenaston have provided lands for the new road, a September 2017 municipal class environmental assessment report projected a cost of $631,242 to build it, and that was “exclusive of costs associated with property acquisition requirements,” it read.

The owner at 13 Barberry Pl. could not be reached for comment.