Seven things you didn't know about the tallest restaurant in Toronto | TRNTO.com
Skip to content 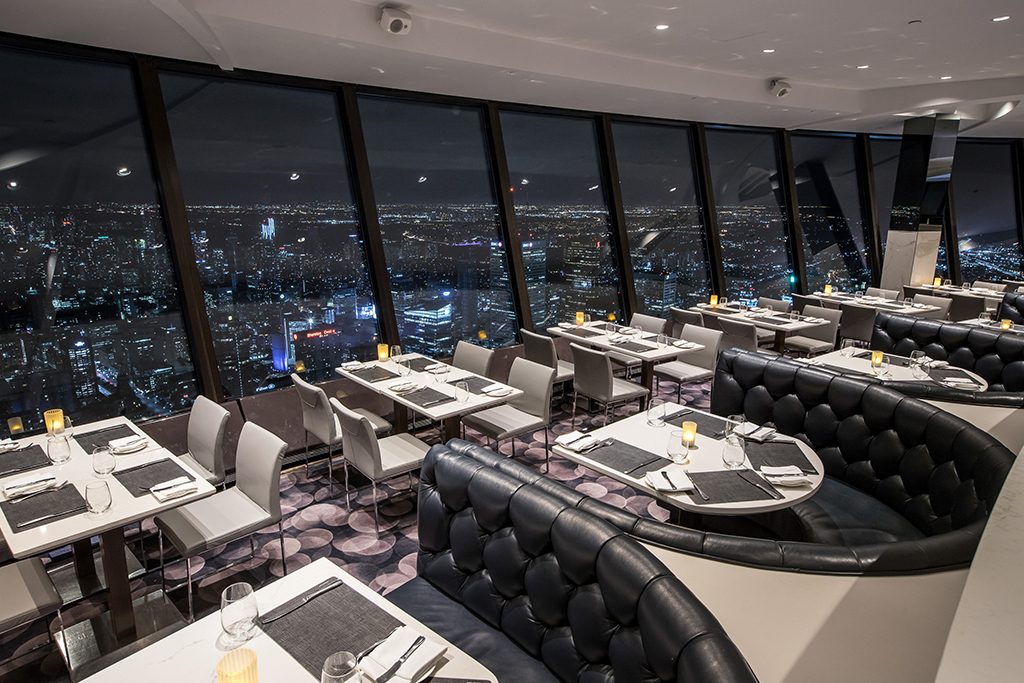 Near the top of the CN Tower — Canada’s tallest and arguably most iconic structure — 360 Restaurant offers guests a dining experience like few others. Everyone who knows there’s a restaurant perched in the tower’s main pod knows that it promises majestic views of Toronto, but there’s more to the CN Tower’s dining establishment than the dazzling skyline.

Here are seven things you didn’t know about 360:

1. The revolving restaurant is located 351 metres above ground, and it takes 72 minutes to complete one rotation, offering — you guessed it — a 360-degree view of Toronto and Lake Ontario.

2. 360 boasts the world’s highest wine cellar, which holds 9,000 bottles, featuring more than 500 wines from around the world. Looking to splurge? It doesn’t get much better than uncorking a bottle of 1975 Château Haut-Brion as dusk descends over the city.

3. For those looking for a more locally driven experience, 360 has a mandate to feature local, artisanal, limited-supply, and hard-to-find Ontario wines. For every dish they suggest a VQA Ontario wine pairing, like their P.E.I. mussels and Quebec escargot matched with Wismer Vineyard, 2017 Chardonnay from 2027 Cellars, located in Four Mile Creek.

4. The CN Tower actually has its own beer. In keeping with the craft beer focus at 360, the Tower Lager was created in partnership with Railway City Brewing from St. Thomas, Ont. Available on-site at 360 as well as VUE Bistros located on the main observation level, it’s a must-try for beer lovers.

5. Each season the team at 360 comes up with a list of signature cocktails made with a Canadian spirit and served in a glass with the skyline, which customers get to take home with them. This past summer patrons could sip on their Save the Bees cocktail, which was mixed with Elevation gin, Beattie’s potato vodka and Rosewood spiced mead.

6. Believe it or not, 360 is one of the most sustainability driven restaurants in Toronto. By being Feast On certified, Ocean Wise certified and LEAF certified, 360 is hoping to lead the industry by example, proving that restaurants — even the biggest among them —  can make sustainable choices and be part of the solution.

7. Guests receive complimentary access to the LookOut and Glass Floor, following lunch or dinner with the purchase of a prix-fixe meal by each guest.

Make sure to check out 360’s fall menu by making a reservation — and remember to bring a face mask!