The CNE’s opening day was different than usual this year | TRNTO.com
Skip to content 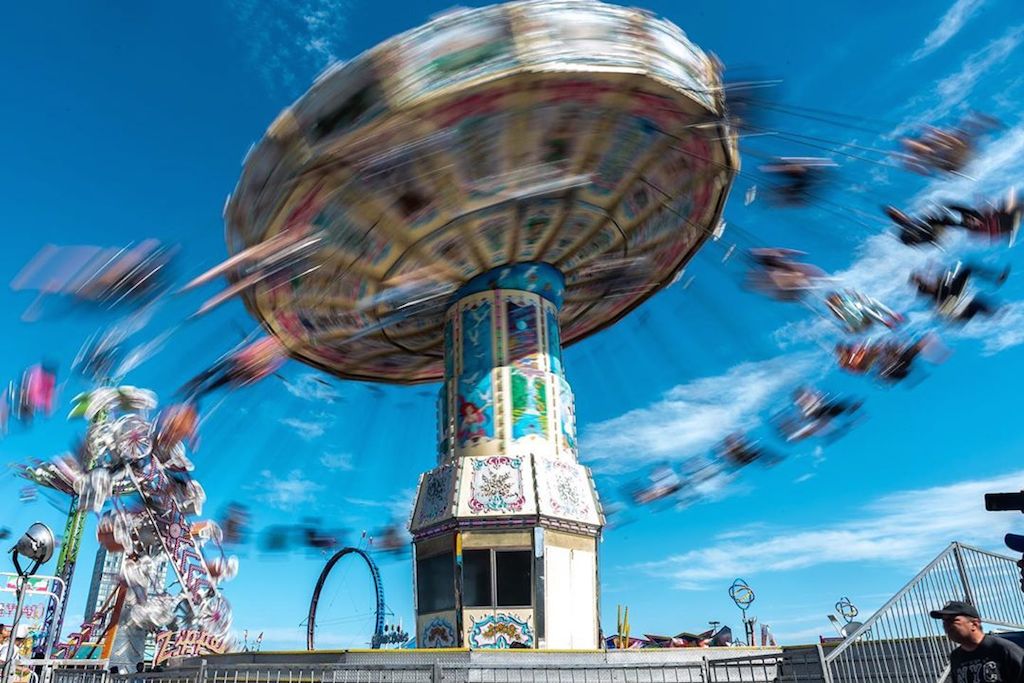 The opening day at the CNE is usually one of great fanfare, but the COVID-19 pandemic has significantly altered its plans. The fair was cancelled back in May, making it the second occasion that the physical fair was called off since the second World War. However, that didn’t stop city officials from celebrating the time-honoured tradition, or staff from coming up with some virtual offerings.

Mayor John Tory was on hand Friday to kick off a toned-down version of the opening ceremonies for the CNE this year. Several local hospitals were also represented at the ceremony, including Sickkids, Toronto General Hospital, and Toronto Western Hospital. Deputy Mayor Stephen Holyday also joined the festivities, and Mississaugas of the Credit First Nation chief Stacey LaForme joined remotely.

Tiny Tom representative Derek Brazier was on hand to thank healthcare workers from Markham Stouffville Hospital for their treatment of his father, Tiny Tom president Tom Brazier, who passed away due to kidney failure in June, and to celebrate the 60th anniversary of the doughnuts debut at the CNE.

Don’t miss the CNE Gaming Garage Powered by @AMDGaming live stream: https://t.co/V12FxgiUvN Retweet this post with #letsgototheex for a chance to win a B550 VISION D Motherboard from GIGABYTE! pic.twitter.com/FMx09tDWye

But there is some good news if you’re looking for the spirit of the CNE without leaving your home. The CNE will be offering an array of online entertainment, including live music, 50/50 draws, an online gaming tournament, ghost walks, and plenty of recipes.

Other virtual experiences, including TikTok streams of some of the classic CNE rides, are also available. You can also purchase CNE merchandise in the form of their new box!

And, if you’re worried about missing the classic Superdogs show, there’s no need to fear. Presidents Choice Superdogs will have their very own virtual performance on Aug. 21 at 11:30 am.

The online installment of the CNE will run from Aug. 21 to Sept. 7.