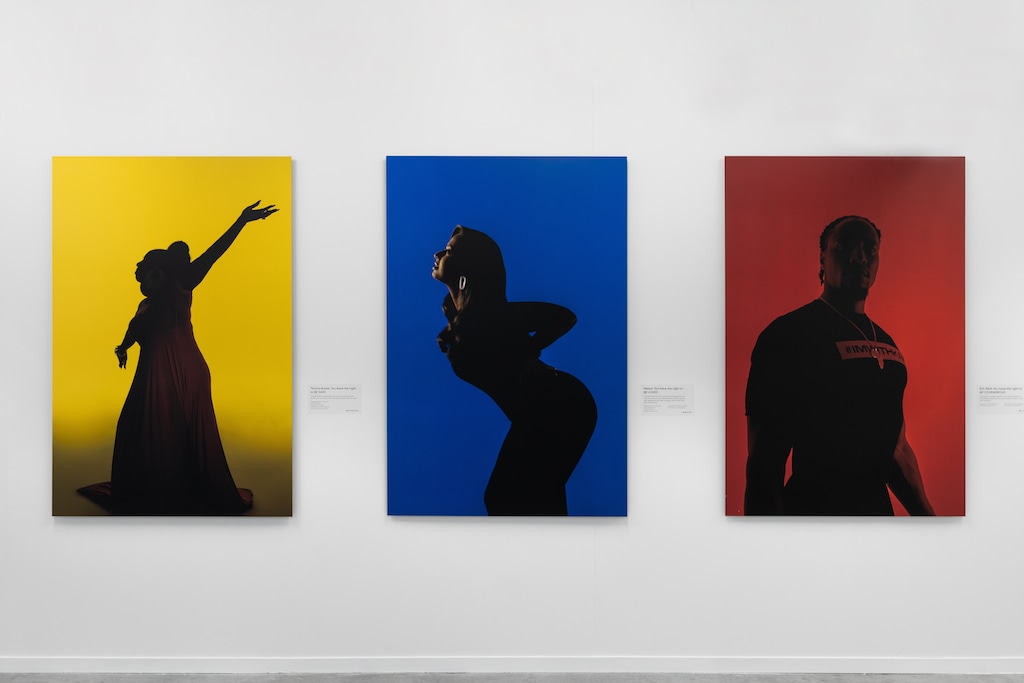 Kuumba is Toronto’s longest running Black History Month celebration. This February marks the festival’s 25th anniversary and the Harbourfront Centre is bringing some of the world’s most inspiring creatives together to celebrate the culture, heritage and tradition of Black Canadians.

The month-long series of installations, workshops and performances will “examine the past through cultural expression, ritual and memorabilia, while re-envisioning our identities through art, culture and education,” as indicated in the press release.

Kaepernick’s exhibit stems from his Know Your Rights Camp organization, which helps to empower and educate communities of colour and raise awareness about higher education. These camps also teach youth how to properly interact with law enforcement in various different scenarios.

The photographs by Shawn Theodore present a series of freedom fighters that embody the campaign. The people selected by Kaepernick are lawyers, athletes, actors and scholars who have “transformed their cultural power into a non-negotiable demand for Black liberation.”

Each photo in the series represents a pillar in the organization’s mission statement.  The Right To Be Courageous, shows Carolina Panthers player Eric Reid who Paper Magazine called “the living embodiment of courage” due to his influence in Kaepernick’s protest against police brutality in 2016. In an interview with Paper, Reid stated, “It disrupts the power structure for a person of colour to have courage and to show strength in the face of a system that’s meant to oppress them.”

Kuumba will also feature a sneaker design workshop by D’Wayne Edwards, the founder of Pensole Footwear Design Academy and former lead designer for Nike’s Air Jordan brand, among a number of other curated events.

Toronto-Ghanaian Artist Ekow Namiko will be displaying her Building Black: AMORPHIA; a colleciton of African masks made of over 50,000 pieces of LEGO. While Trey Anthony gets candid about love onstage at the Fleck Dance Theatre.

The festival runs until March 1st in Toronto. For more details check out The Harbourfront website or their Instagram.