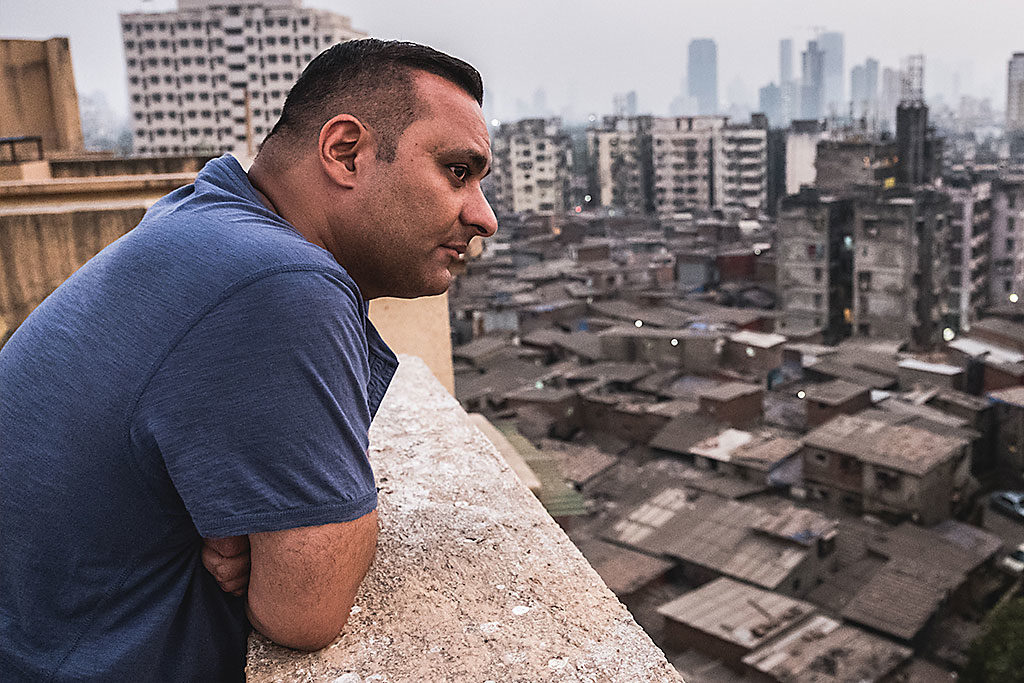 Canadian comic Russell Peters is known for making light of stereotypes, cultural identity and life as a Canadian with an Indian heritage. His new show, The Indian Detective, which airs on CTV, showcases both his Toronto upbringing and his Indian background through his character Doug D’Mello, a fourth-class constable with dreams of becoming a detective.

“I mean it couldn’t get any more on the nose for me. It’s like asking Drake to do a movie about the Raptors,” Peters says of his first lead role in a scripted TV series.

“It’s not like I went out on a real stretch here with the acting. Doug is an extension of who I am if I was a cop.”

Although Peters is used to doing standup comedy routines, he says his role in The Indian Detective still allowed him plenty of creative freedom to be himself through improvised moments like giving a love interest a high-five instead of a kiss.

“His (D’Mello’s) interactions with the girl in India are all very much Russell interactions,” he says. “The whole thing about giving her a high-five, that was off the top of my head, when we did that scene, because I was like, ‘Well, he wants to do something [romantic] but he won’t,’ and in real life Russell would have done the same thing.”

In the show, Peters’ character Doug is a cop living in Toronto who travels to Mumbai to visit his father, and along the way, becomes involved in a murder investigation.

Much of the show’s comedy lies in the fact that, despite his Indian background, Doug’s Canadian upbringing becomes all too apparent as he navigates Mumbai culture.

“The whole goal of that is to let people know that no matter who you think you are, you really are just where you’re from. You are culturally what you are. You are not racially what you are. If I was born in Italy, I would be Italian-Indian,” Peters says.

The Indian Detective was shot on location in Toronto, Cape Town and Mumbai. Peters says he has travelled to Mumbai many times before, and he always appreciates going back — even if it means coming down with a bad bout of food poisoning from a food stall.

“I’ve been there many times, and it’s one of my favourite places in the world. Just being there makes me happy, so I had a great time shooting there,” he says.

“However, I did get sick, when we were shooting there, because we were shooting in the heart of a slum, one of the biggest slums in all of Asia, and I decided like an idiot to eat the street food because I thought that would be a great idea.”

If food poisoning was a low point of shooting The Indian Detective, Peters says working with the show’s cast, especially William Shatner, was one of the highlights for him.

“I mean they are all such ridiculously talented actors. William Shatner is a legend, that goes without saying,” Peters says.

“The first time we were doing a scene, I’m staring at him while he’s talking, and he’s speaking, and I’m supposed to reply, but I’m just watching him like a fan. And he’s looking at me like, ‘Uh … do you have a line?’ ”

Although he’s acted in scripted roles before, his part in The Indian Detective is Peters’ first leading role in a scripted TV series.

He notes that scripted roles are in some ways more challenging than standup because they involve more moving parts and an entire team of people working toward a specific vision, whereas with his standup routines, he’s in the driver’s seat.

“When I’m doing standup, it’s my own thought, and I’m in control of the entire situation. I can control how you’re going to feel, how I’m going to feel. I can control the length of it, the tone of everything, but when it comes to acting, you’re at the mercy of whatever needs to be done a certain way,” he says.

“It’s not about you. It’s about being collaborative, and that’s something I never really had to do before, so it’s kind of good to try to learn that muscle.”

Peters lives in Los Angeles now, but he still travels to Toronto frequently. The Canadian icon says his visits up north are mostly reserved for quality time with family members and close friends.

“When I’m in Toronto, I’m kind of a homebody. I stay in my house, and I go see my mom and my brother and my nephew and all the friends I grew up with. But when I do go out, I go to Pat’s Homestyle on Queen Street, this Jamaican restaurant. The food is so good,” he says.

“If I eat Indian food I have to do it at my mom’s house or I’ll get in trouble.”

The cast wrapped shooting on the four-part series last April, and since then, Peters has been working on more acting jobs.

He says he’ll always be passionate about doing standup, but he’s keen to continue developing as an actor too.

“I’ve got a couple of movies that I did over the past couple of years that are coming out between January and May, so 2018 is looking like another act-y kind of year for me, but I’m also on tour doing standup so it’s kind of like everything I love is happening all in one year, so I’m pretty excited about it,” he says.