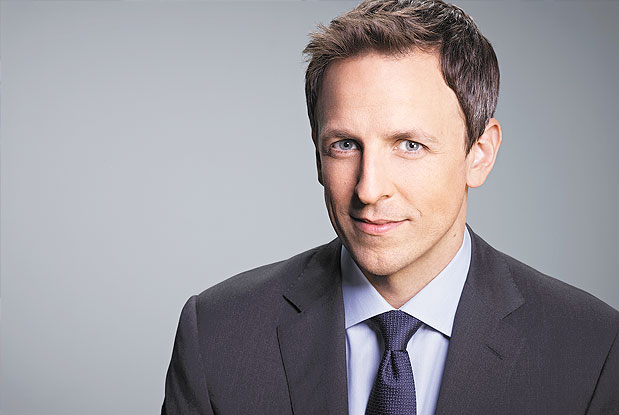 Another summer of comedy doldrums over! And nothing says “start of a new funny season” like this city’s JFL 42; “JFL” meaning Just For Laughs, and “42” meaning the number of acts in the festival.

Scanning the list of performers, you can see this isn’t your grandparents’ comedy fest. I don’t think there’s a person over 45 years old on the bill, and most of the comics, even the gala stars, were unheard of five years ago.

The festival runs from Sept. 18 to 27 in locations all over the city, anchored by the galas at the Sony Centre. It’s a big space with not a lot of intimacy or charm, so the headliners had better be at the top of their game.

You can’t see everything, so what to choose?

My top choice would be the gala with Seth Meyers (Sept. 27). He’s been a little busy over the past few years anchoring the Weekend Update segments on Saturday Night Live, followed by his new turn as host of NBC’s Late Night, replacing Jimmy Fallon.

To my knowledge, Meyers has never performed stand-up in the city, so it will be an exciting night for fans of topical satire and political humour. Expect him to be less strident than Dennis Miller or Bill Maher and closer in tone to Jon Stewart. Definitely a must-see.

Another gala I wouldn’t want to miss is Lena Dunham. She is the star, writer and lead in Girls, the show that perfectly captures the Zeitgeist of the comedy moment. Arch, bold and controversial, the show moves way beyond the usual wacky, plucky heroine tropes of conventional sitcoms into startling new territory. It’s Dunham’s vision all the way. She’s not a stand-up, so the evening will be a conversation between her and CBC’s Jian Ghomeshi.

Then there’s the Amy Schumer gala. Schumer was an obscure stand-up until she started appearing on those Comedy Central roasts. She quickly became the most valuable player on the team with her ribald commentary and withering put-downs. If you like Sarah Silverman, you’ll dig Schumer’s nice dirty Jewish girl persona.

It’s clearly a woman’s year at JFL 42, with the appearance of three dynamic female comics I can highly recommend, including Tig Notaro, who became famous last year when she was diagnosed with cancer one afternoon and talked about it that very same evening at Largo in L.A. Louis CK was in the audience, tweeted about it, and millions became glued to the way she turned drama into comedy. If it’s searing self-honesty you’re looking for, this will be it.

And if it’s alternative comedy you want, Andy Kindler’s alternative show is ideal. I never seem to care which comics Kindler picks for the show. I’m there to see Kindler himself. Abrasive, self-deprecating and ruthlessly satirical to the comedy industry itself, Kindler’s take on comedy is a metacritical meander on not-for-prime-time topics.

Here are a few others: Mike Birbiglia, whose one-man shows prove he could be the next Spalding Gray; Ron Funches, who stars in Undateable and whose quiet stop-start delivery marks him as a new voice in comedy, and Canadian Graham Kay, past winner of JFL’s Homegrown contest and a master of wry, observational comedy.