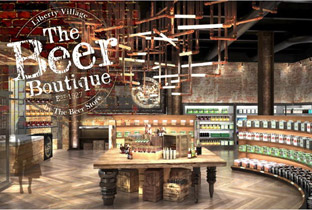 For those of you tired of staring at a wall of logos in a glorified walk-in refrigerator (better known as The Beer Store), you’re in luck. The beer-distributing mainstay is thinking outside the barrel and opening a beer boutique in Toronto’s Liberty Village. Store-goers will be able to enjoy in-house samples while browsing through their favorite beers, much like at the LCBO (or most grocery stores in the States).

Don’t be fooled by the layout makeover though. The Beer Boutique will feature the same selection of beers — there’s just a better chance you’ll stumble on something you didn’t know was there.

The boutique is set to open some time in June at 120 Lynn Williams St. in Liberty Village. If the branch is a success, The Beer Store hopes to open up similar branches around the city, in the Distillery District and in downtown Oakville.