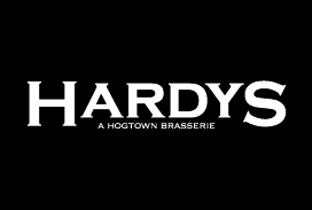 It’s only been a week since we reported on the opening of Barque Smokehouse, and already we’ve caught wind of a new barbecue-oriented spot set to open this June on St. Clair West. Hardys: a Hogtown Brasserie seeks to make sure that Toronto’s longstanding nickname is well deserved.

Owner John Hardy, a recent U of T graduate and longtime charcuterie enthusiast, has enlisted the help of B.C. chef Laird Gordon (Sooke Harbour House, The Edge Restaurant) for an upcoming 60-seat carnivore’s paradise. On offer will be some of Toronto’s latest meat obsessions: pulled pork, porchetta, beef brisket (by the sandwich or by the plate), along with steak, poultry and a large selection of house-made charcuterie. “I’ve been to The Drake and I’ve been to The Stockyards,” he says, “and I know what they’re doing wrong.”

Like any good barbecue joint, this new spot is equipped with a smoker, but Hardy has an affinity for “cold smoking,” in which the fire is contained separately from the food, leaving the smoke to do most of the cooking. “It takes more time and more wood,” he says, “but you get much more flavour.” For pulled pork, a piece of pork shoulder is seasoned and then marinated overnight; it’s then cooked at a very low temperature for 10 hours, during which time it’s consistently rotated and “mopped” with sauce to keep it moist.

While he’s not completely dishing on the beef brisket preparation, it’s a multi-day process involving seasoning and injecting with brine. The beef is grass-fed, organic, free-range Belted Galloway; Hardy hasn’t settled on a pork supplier just yet but he says it will be local and free-range.

Prices are still in the works, but a pulled pork or beef brisket sandwich (takeout or eat-in) could run for $8; plates of those meats could go for $15. Sides could include coleslaw, corn bread, potato salad or fries. Keep an eye out for a pork-centric brunch, too.

Hardys will also offer house-made charcuterie, like prosciutto, capicollo or salami, for indulgence in the restaurant or at home. The beer list hasn’t been finalized yet, but Hardy says he’s getting help on a matched beer list that focuses on craft beers, including at least one from the States.