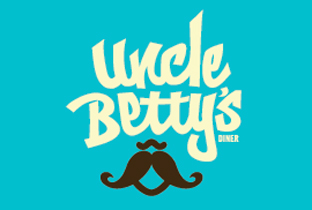 With its concentration of high-end restaurants like Centro, North 44 and Blue Zen, the Yonge Street strip just north of Eglinton isn’t exactly known as a haven for casual dining. Which is exactly why husband and wife entrepreneurs Robert Lewocz and Samara Melanson set up Uncle Betty’s diner, where enjoying food doesn’t mean having to get dressed up.

“This is comfort food: no pretenses, all things warm and fuzzy,” Melanson tells us. Comfort food, in this case, means mac and cheese, hot dogs, chili dogs, fries, onion rings and the like, made with all-natural, trans-fat free ingredients. Think Coney Island, but less trashy.

Heading up the kitchen is Paul Lampa, formerly the sous chef at Coquine Restaurant, who sources many of his ingredients from local markets. Entrees will likely range from $5-$13.

If Uncle Betty’s raison d’etre is casual dining, it’s also about satiating the sweet-tooth. In addition to 16 flavours of ice cream (from Greg’s Ice Cream), the diner will offer homemade “twinkees,” as well as doughnuts made on-site with NYC’s famous Dreesen’s recipe (Alec Baldwin once joked that Dressen’s doughnuts are the entire reason anyone goes to the Hamptons, and Uncle Betty’s will be the first place in Toronto to serve them).

Set in the space recently vacated by LoLo Restaurant, the 70-seat diner was named after Melanson’s mother, who earned the nickname “Uncle” for her free spirit and “take-no-mess” attitude. It’ll open early, around 7 a.m., for those seeking doughnuts and coffee (from Kicking Horse), and will serve brunch, lunch and dinner, too, staying open till around 9 p.m. The restaurant is set for a soft opening next week.