Concert Review: New Kids on the Block with Boyz II Men and 98 Degrees at the ACC | TRNTO.com
Skip to content 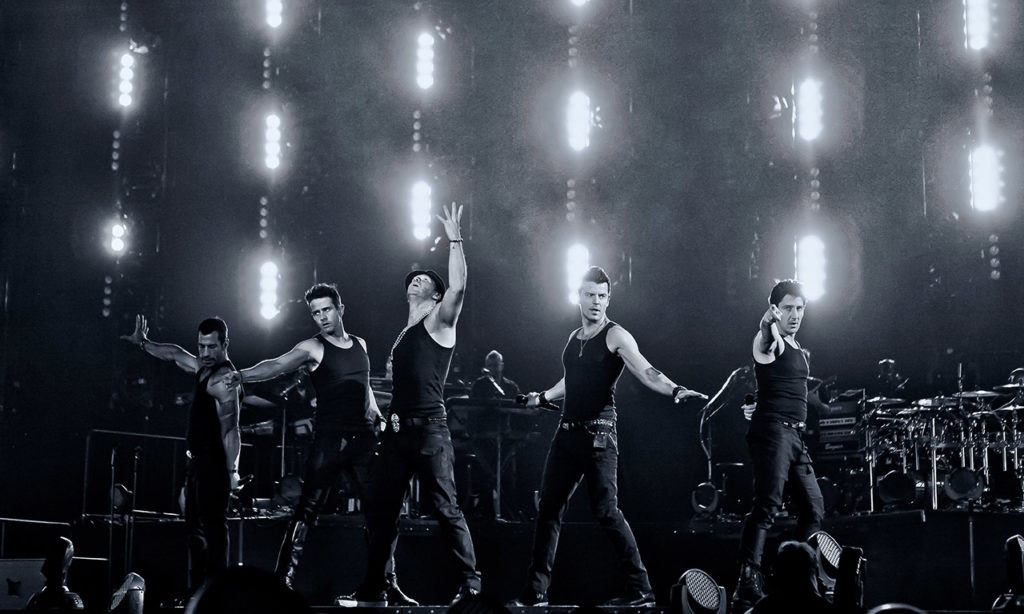 I have an admission to make that could rescind any right I have to call myself a music critic: I thoroughly enjoyed Friday’s NKOTB-led Package Tour. Contrived marketing ploy? Sure, but so what?

And no, I’m not just trolling. In truth, the trinity of New Kids On The Block, 98 Degrees and Boyz II Men brought the right blend of energy, variety and fun to make for a highly entertaining night at the ACC.

To properly break down the fragmented show — with three bands performing independent of one another — let’s  examine things one boy band at a time.

That the Philly-based trio was allotted a mere 30-minute set was rather perplexing. From their show-opening “On Bended Knee,” they set an interactive, energetic tone and worked their tails off to get a still-arriving crowd engaged.

Armed with their trademark rose ceremony and a synchronicity (as best demonstrated during “I’ll Make Love to You”), B2M showcased the crowd-pleasing flourish that has helped them stay fresh after 20 years. By the time they wrapped things up on a high note with “Motownphilly,” they had the near-full house firmly in their corner.

Easily the nadir of the three bands, the Nick Lachey-fronted quartet didn’t so much elicit nostalgia as make fans wonder how the band got so popular in the first place. With poor vocals and a half-hearted commitment to coordinated dance moves, they looked the part of a band that has been out of the spotlight for nearly a decade.

Whether it was Lachey’s disingenuous stage presence or the sluggishness of his visibly aged bandmates, 98 Degrees’ 45-minute set proved an ideal time for a bathroom/beer break for many in attendance.

New Kids On The Block

Being together for 25 years means two things for NKOTB. It means that their name is highly misleading, but it also explains the polish, chemistry and seamless flow that characterize their live performances.

As the featured act on Friday night, the five members were locked into step with one another throughout the 16-song set. Donnie Wahlberg, the band’s heart and soul, effortlessly captivated the crowd during “Cover Girl.”

There was time for Jordan Knight’s ab-showcasing, Danny Wood’s breakdancing and a romp through the audience to get up close and personal with fans (that is, for those who didn’t take matters into their own hands by falling over the barrier). When Joey McIntyre told the crowd that Toronto holds a special place for them behind only Boston, you actually believed him.

All told, those on hand for Friday night’s show didn’t seem to mind that The Package Tour was decidedly that – packaged. They simply decided to go along for the ride on a fun night that allowed them to revert back to their screaming, teeny bopper former selves.