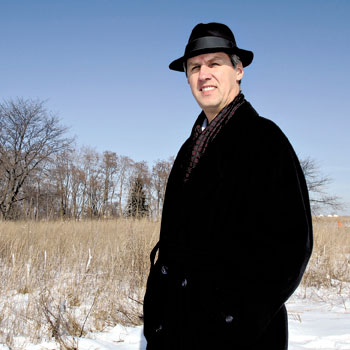 The Downsview Area Secondary Plan, which involves 530 hectares of land and has a long history of contention between residents and park officials, may finally be moving forward.

Councillor Maria Augimeri has deferred the issue twice at North York Community Council meetings in the past but said she believes the mayor’s office wants the issue resolved once and for all. She said an upcoming community council meeting may result in the issue being moved to city council for final approval.

A representative for Augimeri’s office said the councillor is still waiting to review the latest planning reports for the area before making a public statement about her platform.

But Augimeri did say she intends to fight for the local residents who have concerns about the development, including infra-structure problems, flooding, congestion and loss of parkland.

“The development of this federally owned land has been on the table for nearly 20 years,” she said. “I have been with the community every step of the way to ensure that they not only get a voice at the table, but also that it is heard.”

The plan calls for more than 600 housing units on the former military base, plus shops, restaurants and an artificial lake, but Augimeri says many locals aren’t happy with the potential density coming to the area. City of Toronto planning staff have collaborated back and forth with the park’s board of directors in recent years, but an agreement with North York Community Council has never been reached.

“It’s déjà vu all over again,” said David Soknacki, chair of Parc Downsview Park Inc.’s board of directors, of the council meeting.

“The whole point of getting this approved is so we can give back to the community.” He said plans for the area include making it “pedestrian-friendly,” including a promenade, a bandstand and a running track.