Prime Minister Justin Trudeau in self-isolation plus other coronavirus updates in Toronto | TRNTO.com
Skip to content 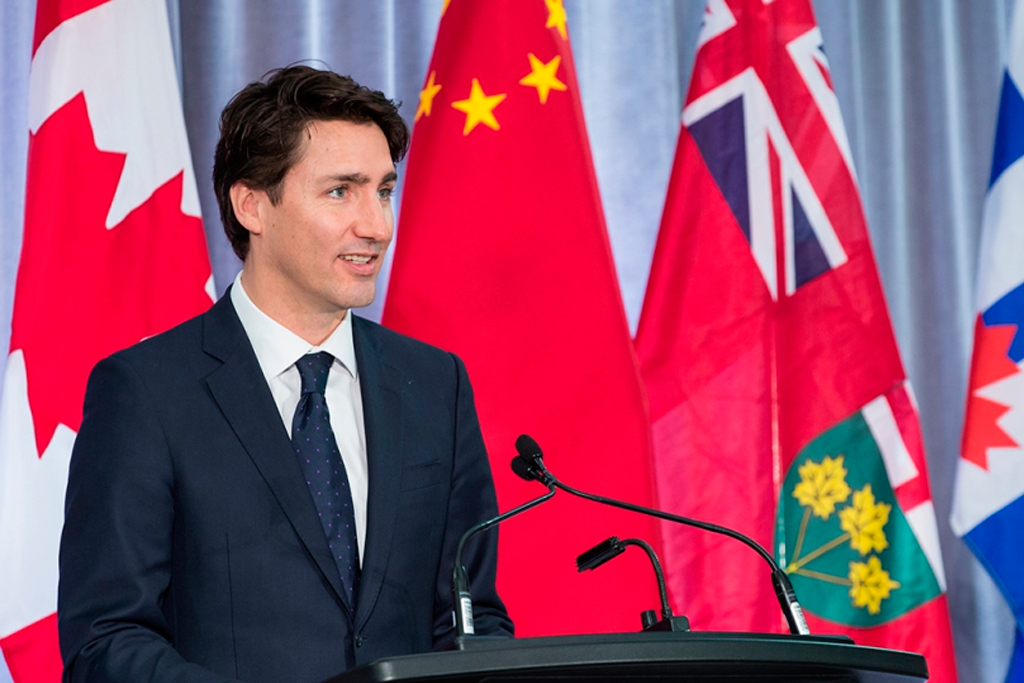 Prime Minister Justin Trudeau is in self-isolation after his wife Sophie Gregoire Trudeau started exhibiting flu-like symptoms after a recent trip to the U.K.

In a press release on Thursday, the Prime Minister’s office said she is awaiting the results of a test, but in the meantime, both she and the Prime Minister are in self-isolation “out of an abundance of caution.”

“The doctor’s advice to the prime minister is to continue daily activities while self-monitoring, given he is exhibiting no symptoms himself. However, out of an abundance of caution, the prime minister is opting to self-isolate and work from home until receiving Sophie’s results,” the release said.

All in-person meetings scheduled with the PM have been postponed for the time being.

The NBA also suspended its season last night after Utah Jazz player Rudy Gobert’s preliminary test came back positive for COVID-19. The Toronto Raptors played Utah Jazz in Salt Lake City on Monday night, and so members of the Raptors travelling party are now also being tested for the virus. In the meantime, all players, coaches and travelling staff have been advised to go into self-isolation for 14 days.

Toronto’s St. Patrick’s Parade has been cancelled due to public health concerns.

Parade organizers issued a statement indicating that they believed it was in the “best interest of participants, volunteers and members of the public.”

The parade was scheduled for Sunday, March 15.

“Our committee made the decision to cancel the parade in the public interest,” said St. Patrick’s Parade Society chairperson, Shaun Ruddy in a prepared statement. “While we are disappointed that our annual parade will not take place our belief is that public health and safety must come first. We would like to wish everyone a Happy St. Patrick’s Day, and look forward to seeing the public at our future events.”

The Juno Awards celebrations, scheduled for this weekend in Saskatoon, Saskatchewan, have been cancelled.

Organizers sent a press release out this morning calling off the event, which celebrates the best in Canadian music.

“We are devastated to cancel this national celebration of music, but at this time of global uncertainty, the health, safety and well-being of all Canadians must stand at the forefront of any decisions that impact our communities,” it read, in part. “We know this is the right decision based on the information we currently have and are continuing to receive. The situation surrounding COVID-19 continues to evolve rapidly and we urge everyone to follow the guidelines and protocols put forth by public health officials.”

#BREAKING: The #Junos2020 have been cancelled as COVID-19 continues to spread across Canada.https://t.co/sDkdBbl9Cp

The festivities surrounding Canadian Screen Week including the nationally televised awards gala have been cancelled. A statement was issued on March 12.

“In light of the COVID-19 pandemic, the Canadian Academy is deeply saddened to announce the cancellation of all Canadian Screen Week activities in Toronto, Montreal and Vancouver, including the national broadcast gala on Sunday, March 29th. Following a thorough review of Canadian Screen Week events and an assessment of the potential risk to our attendees, we feel this is the only responsible decision at this time,” it read.

The gala was scheduled for March 29 at Meridian Hall in downtown Toronto.

“We are committed to the celebration of our Canadian Screen Award nominees and Special Award honourees and will share an update in the coming weeks.”

On March 12, the NHL postponed the current hockey season following similar moves by other top leagues including the NBA and Major League Soccer.