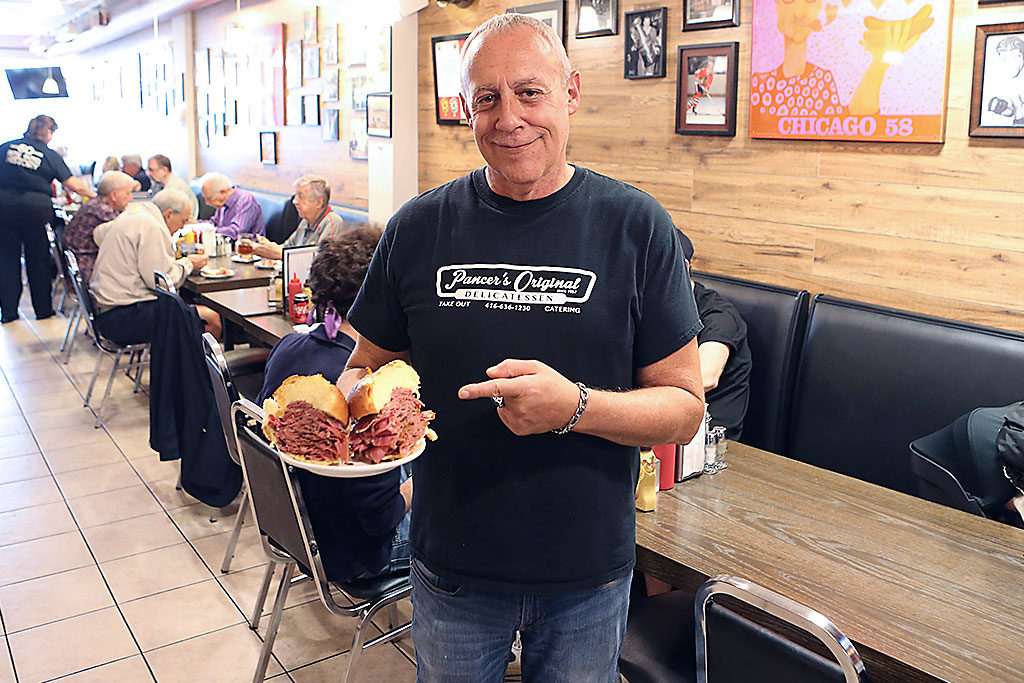 After nearly 50 years dishing out deli sandwiches, Katz’s Deli & Corned Beef Emporium permanently closed in May. This closure is the latest in a series, as the network of traditional Jewish delicatessens in this city dwindles. Another shuttered deli, Caplansky’s, closed both of its brick and mortar shops last year.

Since the closure of Katz’s, Pancer’s has seen an increase in business from the former regulars of Katz’s. During a Monday lunch hour, nearly all the tables were heaped with plates of pastrami on rye and kishka platters. The lineup at the takeout counter reached the kitchen at the back.

“Business has always been busy here,” says Pancer. “We are seeing more clientele from Katz’s that are new, without a doubt. It’s wonderful that they’re all coming here, and they’re still loving their deli.”

However, this surge in business is still a bittersweet change. David Gelberman opened Wolfie’s Delicatessen at Sheppard and Bathurst 44 years ago. He has also borne witness to the slow death of the deli.

“When I opened up in ’75, there were almost 18 delis in the city close to me. Today, you can count on one hand how many delis there are,” Gelberman says. “Two delis. So who’s left?”

Gelberman, whose menu still only boasts a tight list of seven items, has seen the evolution of the deli. He’s watched as old school delis have started slapping cheese on their sandwiches (eating dairy and meat together is prohibited in kosher dietary laws).

He has also witnessed the introduction of the modern deli, an entirely new animal in itself — places like Zelden’s Deli and Desserts and Anthony Rose’s Rose and Sons Deli on Dupont.

“I think they’re trying to reinvent a Jewish-style deli with today’s appetite,” says Gelberman. “Which I can’t blame  them for. How else are you going to survive? You want to bring in the kale, I understand. But it’s not a deli.”

Gelberman has had to change his business practices as well, under increased pressure from the market. He closes at 3 o’clock four days a week — he used to be open seven days a week until 7 o’clock. He’s getting nervous about the new condominiums going up in his area but says he’s also noticed a resurgence of appetite for pastrami and smoked meat.

“Whether a deli like mine can still survive for many more years, time will tell,” he says.

As for Lorne Pancer, he’s confident that Toronto’s oldest deli will survive the next hundred years.

“We’ll never sell out,” he says. “We’ve made sure with the partners involved in the deli that it’ll be passed on to the next hands when people retire. Pancer’s will be around here forever.”