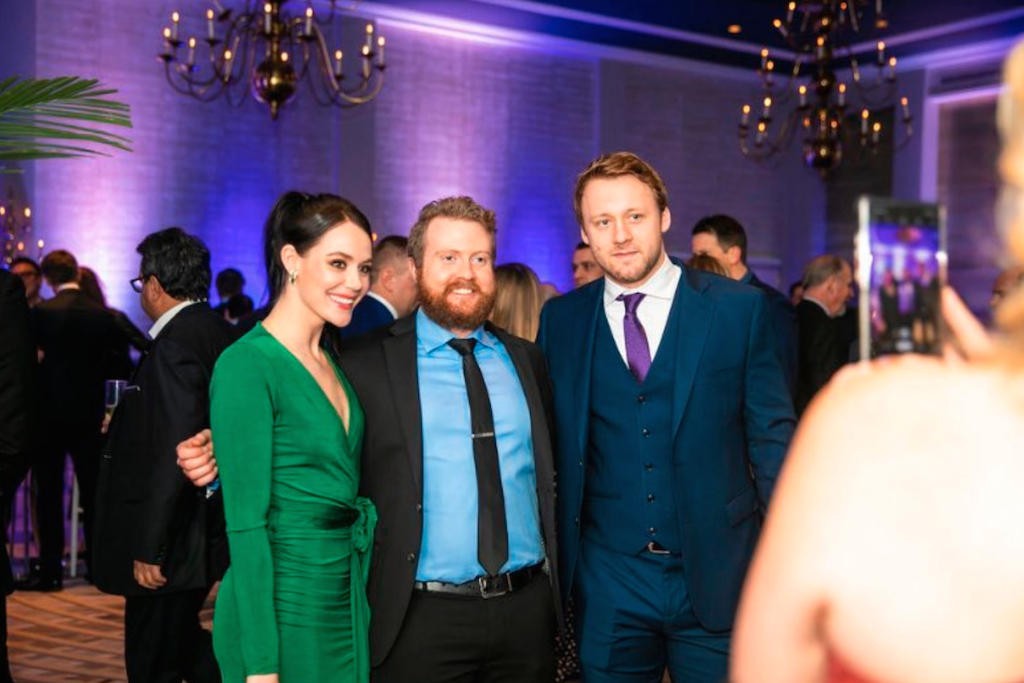 Sports fans across Canada are going crazy over rumours that two of the country’s star athletes may in fact be dating. Retired ice dancer Tessa Virtue and Toronto Maple Leafs’ player Morgan Rielly are believed to be in a relationship. And while the two stars haven’t confirmed the news, fans across the Internet are in a tizzy over the supposed couple.

It all started when Virtue left a heart eyes emoji on one of Rielly’s Instagram photos.

Fellow Leafs player Auston Matthews added further fuel to the fire in a recent podcast interview, where he accused Rielly of disappearing into a new relationship.

“I haven’t really spent any time with him this year, he’s got a girlfriend now, so I never see him …” complained Matthews. “I was pretty upset with him for a while and I would chirp him and stuff like that because he kind of kept it quiet, he didn’t come out and say it.”

However Matthews said he eventually changed his mind about the relationship.

“Then I met her and she’s an absolute sweetheart. And I was like, alright I’ll give you the benefit of the doubt now. She’s cool,” said Matthews.

Fans all over social media are hyping the pair, calling them “the Canadian royal couple” and speculating on the athletic prowess of any children that could result from their alleged union. They seem to have a one hundred per cent approval rating, with almost every fan raving over the news.

Virtue and her ice dancing partner, Scott Moir, recently retired from their record-breaking ice dancing career after 22 years of skating together. The pair were third-time world champions and twice-Olympic gold medalists, and remain the most decorated figure skaters in the history of the Olympics.

morgan rielly and tessa virtue… what a goddam power couple

Rielly is currently the alternate captain for the Leafs, along with his regular role as a defenceman. He’s currently out with a fractured foot, so he’ll have plenty of time to spend with Virtue if they are actually dating.

This #TessaTuesday…#TessaVirtue playing hockey 🏒 on a frozen pond. So cute! ☺️ pic.twitter.com/T2YFEaMh8k

It remains to be seen whether Virtue and Rielly will confirm the relationship, but fans can keep their eyes peeled online in the meantime.