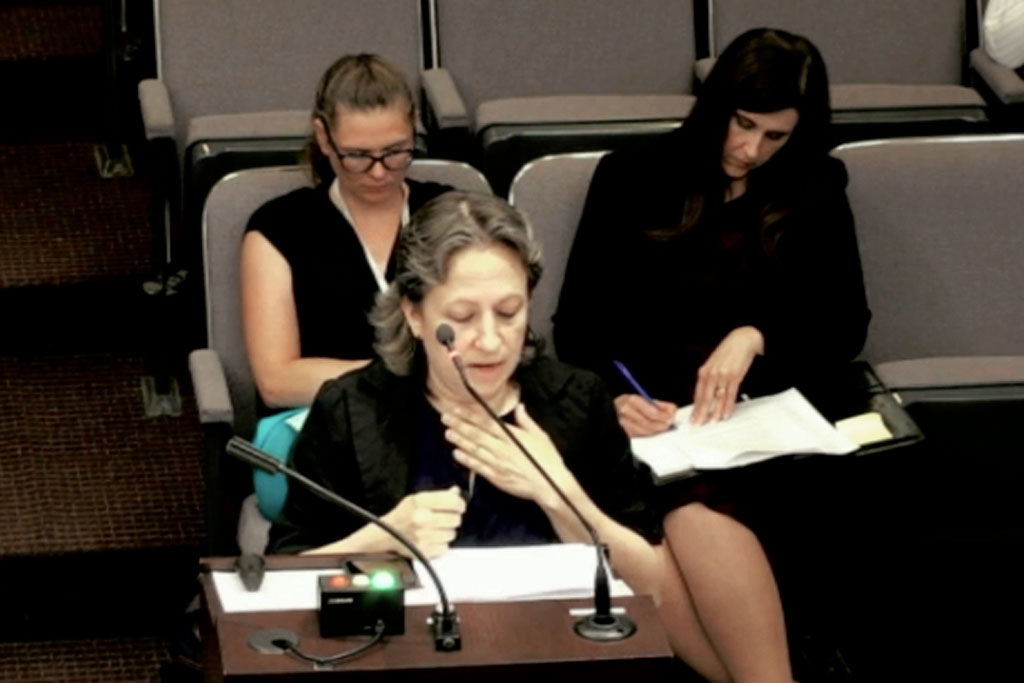 Controversy continues in the chambers of Richmond Hill Town Council. At a recent committee of the whole meeting, councillors passed a motion to launch an investigation into the behaviour of Ward 5 councillor Karen Cilevitz, to be carried out by an independent third party.

This follows the leak of a contentious voice mail that was left on the personal mobile of local music organizer Steffi Goodfield.

Three weeks prior to the meeting, Cilevitz had filed a defamation suit, seeking $500,000 in damages, against Matthew “Groopie” Bergman, for alleged statements he had made relating to the voice mail.

During the committee meeting on July 3, council saw a brief deputation from Jason Allingham, from MacDonald Associates pc, representing Karen Cilevitz, who reminded council that this matter had already been dismissed by the integrity commissioner. After his deputation, Steffi Goodfield addressed council.

“I’m not quite sure that you can understand how physically and emotionally difficult it is for me to appear here in person today, as I am presently undergoing medical interventions,” Goodfield said. “This has not been easy for me.”

In her deputation, Goodfield addressed the defamation claim.

“She [Cilevitz] is claiming an outrageous amount of damages and is asking for a half a million dollar payout,” she said. “I consider this new attack on Matt and his efforts to stand up for me a direct attack on me and all the members of our musical community.”

Goodfield also announced that she was returning the personal $500 donation councillor Cilevitz had given her during a fundraiser in March 2017 to help pay medical costs related to breast cancer treatment.

“I consider this new attack on Matt and his efforts to stand up for me a direct attack on me.”

A lengthy debate followed, wherein councillor Tom Muench argued for an external and independent integrity commissioner to examine the complaint by Steffi Goodfield against the behaviour of councillor Cilevitz.

One of the key issues that Muench’s motion faced was that complaints can’t be brought to the integrity commissioner after May 31 in an election year. Mayor Barrow helped amend the motion by referring back to the original complaint, which was launched in May, when the voice mail initially surfaced.

Councillor Brenda Hogg did not support the amendment, calling into question the integrity of the workaround that was proposed.

“I cannot, I will not, accept this motion before us,” she said, addressing council. “I think it goes beyond the time frame. It exceeds the expectations of our policies and our procedures. It is just wrong place, wrong time, and it brings forward questions of fairness in the electoral process.”

After having been asked to comment on results of the meeting, Cilevitz wrote, “It concerns me that Cllr [sic] Muench’s highly prejudicial motion came before Council in the first place, and, that Council chose to ignore the advice of the Town’s legal counsel in this regard.”

Muench defended his motion, saying that he believed that public leaders ought to be held to a higher standard.

He also added that the reason why he moved such time-sensitive motions was out of concern that Steffi Goodfield may further succumb to her Stage IV metastatic breast cancer.

Goodfield had very little to say about the results of the meeting.

“It felt like we were finally being taken seriously,” she said.

When asked how all of this might impact her in the upcoming election campaign, Cilevitz stated, “I am running for re-election on Oct. 22 on the merits of the dedicated public service I have been privileged to offer our residents as the incumbent Ward 5 councillor for the past four years, working only in and for their best interests.”