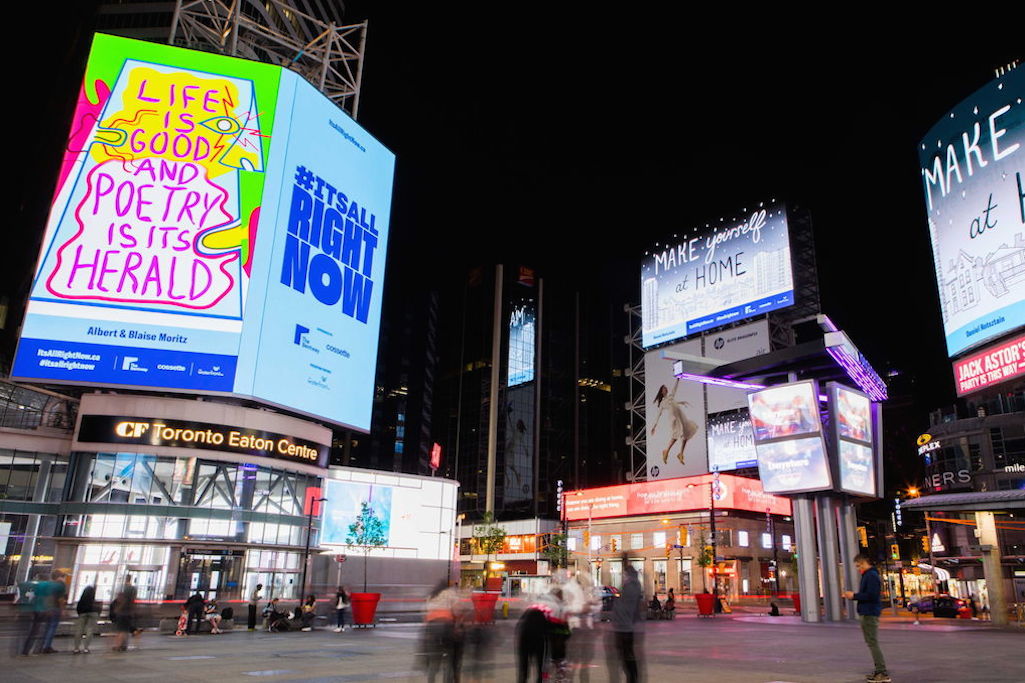 A new public project is covering the city with art depicting real-life experiences and feelings during the COVID-19 crisis in Toronto.

The team behind the Bentway, an innovative public space beneath Toronto’s Gardiner Expressway, launched the public art initiative on May 25.

The new project, called “It’s All Right Now,” will run until the end of June and will feature work from over 20 Toronto artists. The art will appear on donated digital billboards and wild-posting spaces, as well as on streets, civic landmarks, and online at ItsAllRightNow.ca. Passersby can spot entries at Yonge-Dundas Square, on the Gardiner Expressway, along the waterfront, and at the Bentway.

“Public art is powerful,” says Ilana Altman, co-executive director at the Bentway. “In the best of times it brings people together for unforgettable experiences, driving civic dialogue and social cohesion. In difficult times like these, when people are struggling to feel connected, public art is more important than ever.” 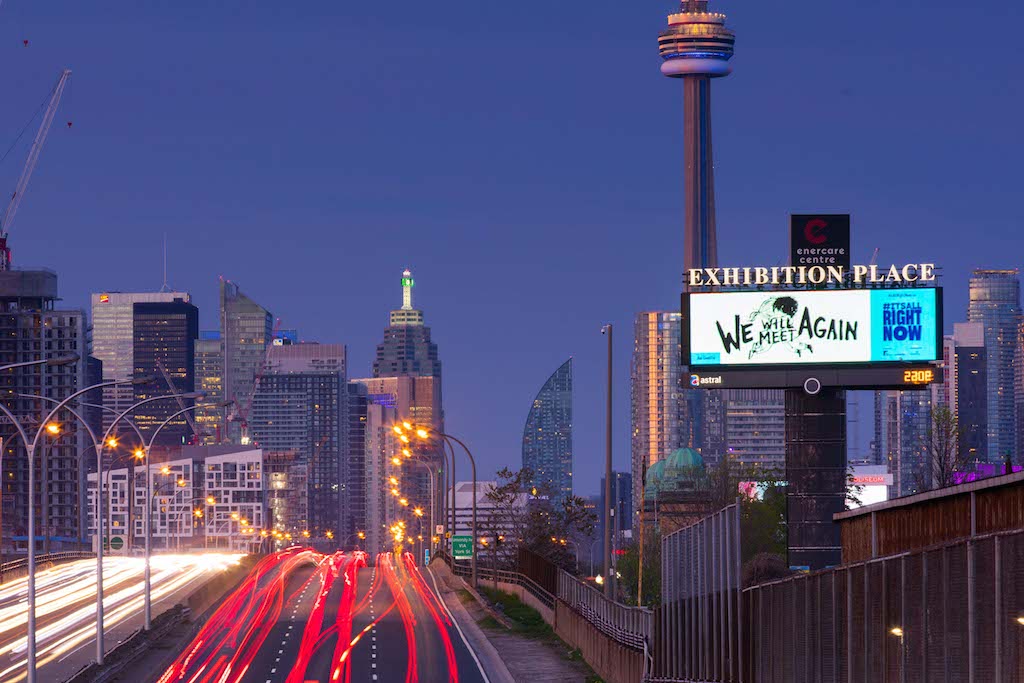 The project will also include mobile exhibitions on select weekends through June 7. A video truck featuring artwork will circle Toronto’s waterfront and neighbouring communities on May 30 and 31, and on June 6 and 7. The truck’s routes will be posted on ItsAllRightNow.ca.

Some of the artists participating in the project include Albert Moritz, Hiba Abdallah, and Bekah Brown.

It’s All Right Now will also allow Torontonians to participate in the project. People can share their experiences on social media, or can email their digital projects to the Bentway. Submissions will be presented in a collection next year, so that the city will be able to reflect on this uncertain time.

So, if you’re looking for an artistic way to express your feelings about COVID-19, this new venture may be a good fit for you. 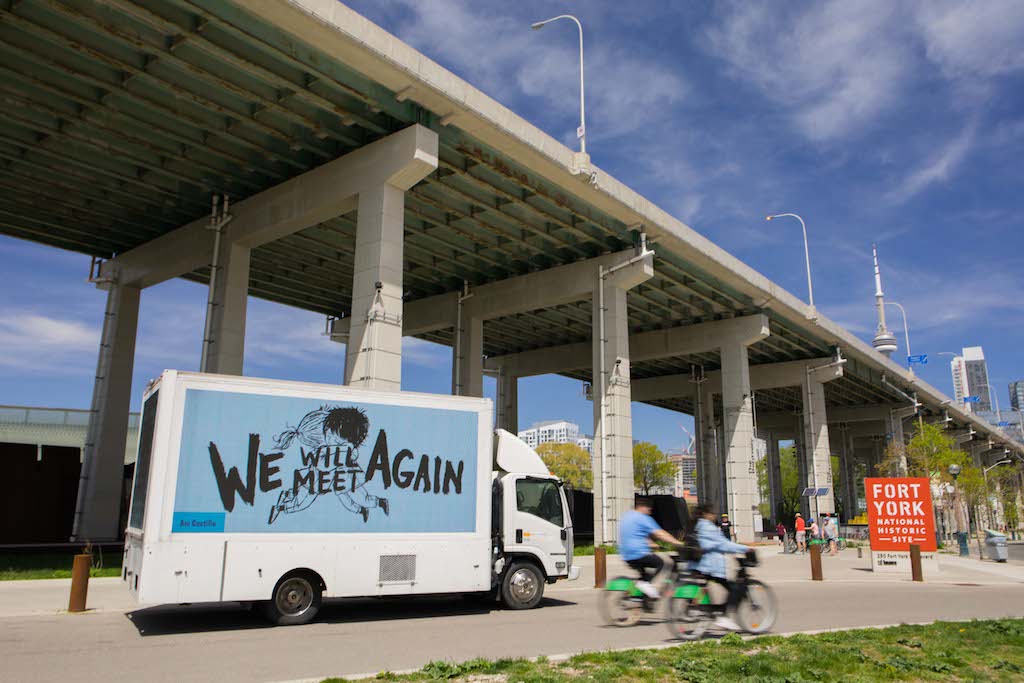 Toronto residents can submit their works of art to the Bentway via social media using the hashtag #ItsAllRightNow, or by emailing digital art to ItsAllRightNow@thebentway.com.